A proponent of the initiative to legalize cannabis sales in Redondo Beach said he did not know when he began gathering signatures for the initiative, that it might not go on the ballot until March 2023.

“I was not aware of the election law,” said Barry Walker, CEO of L.A.-based Tradecraft Farms. “I don’t pretend to be an expert at politicking. That’s not what this is about. I’ve heard people say we are trying to rig the system. If we were rigging the system we most definitely would have known about the March 2023 election.”

The initiative effort by Walker, and Catalyst Cannabis Co. co-founders Eliott Lewis and Damian Martin included a $174,000 signature-gathering contract, and an offer to pay the city the $244,000 cost of putting the initiative on the November 2022 ballot. The city council declined the offer.

Lewis said this week that because the election won’t be held for another year, he will not renew his lease for a retail store at 3407 Inglewood Avenue. The lease expires at the end of February. He had hoped to use the location for cannabis sales if the initiative passed, and if he was issued a license.

“I ditched my real estate. We may or may not apply (for a license),” Lewis said. “We’ll let it play out, see what happens. I’m not gonna rent property until 2023.” 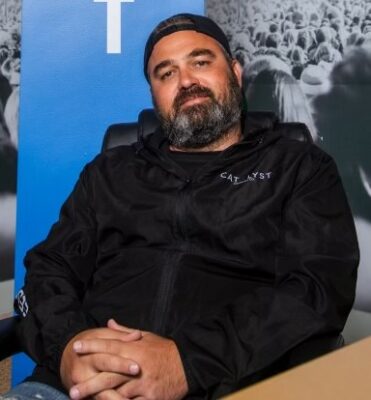 “It’s kind of a shame that the ballot got pushed to next year,” Walker said. “It means the people of Redondo Beach will not have legal access to cannabis until 2025. If ever.”

“My big regret,” Lewis said, “was not engaging Redondo Beach a little better,” he said. “We thought it would get adopted (by the city council). So we were not too worked up about the calendar itself. But (retail) is gonna happen here. Cannabis smokers of Redondo Beach, you can thank us, we’re a sacrificial lamb.”

“Of course you always hope you will ride into town on your white horse and people will throw roses from the balconies, but that doesn’t usually happen,” Walker said. “I will say we have filed similar initiatives not too far away, and they have been accepted with appreciation and we are having very productive conversations.”

“I really don’t know what we could have done differently,” he said. “We were serious when we stood up at that first council meeting. We really did come in peace. We offered great cannabis policy. Anything can be discussed. Tweaked.  Negotiated. That’s what we were hoping for. All deal points are on the table.”

Walker’s, Lewis’ and Martin’s initiative, if approved next March, would allow three marijuana stores in Redondo Beach. The city council is preparing a counter ordinance that would allow two marijuana stores. The Planning Commission will hold a public hearing on a draft of the city ordinance on Tuesday, March 3. ER

Everything You Wanted To Know About Cannabis