After the second round of appeals hearings for Fresno marijuana retail licenses, only one remains open.

On Wednesday, the Fresno City Council approved two licenses, while rejecting one. Authentic 559 in west Fresno and Beyond Rooted 559 in the Tower District made the cut. High Speed Healing in downtown hit the skids.

Of the 21 licenses awarded, only one licensee has taken the next step of obtaining a conditional use permit. Ten others have started the process, including those up for appeal Wednesday. Another 10 haven’t started yet. Proposed marijuana sellers have one year from when they receive licenses to apply for a CUP.

City Manager Georgeanne White said Wednesday that changes are likely coming to the cannabis ordinance before the final license is issued.

But Arias could not get past the 1142 F St. location, which will be across the street from a yet-to-open affordable housing complex called The Monarch.

“The new housing development project will have to bring forward a youth center, youth activities because there isn’t anything nearby, which gives me a huge pause to support an operation that’s going to be in such close proximity to women and children who are asking to move into that nice five-story housing project,” Arias said.

High Speed Healing made counterarguments that it would have proper security and the storefront would be discreet as to not attract unwanted attention. Neither point moved Arias.

In almost an act of defiance, Councilman Garry Bredefeld made a motion to approve High Speed Healing’s application. He said they did everything asked of them and it was not fair to reject them. A vote was 4-1 against approval, with Arias, Nelson Esparza, Mike Karbassi, Tyler Maxwell voting no. Luis Chavez and Esmeralda Soria were absent from the dais at the time.

Chavez said he had to step away for a moment. Soria did not explain when asked by GV Wire why she did not cast votes for two appeals. She left the dais during the second discussion of the day regarding High Speed Healing, city clerk Todd Stermer says.

Authentic 559, located at 4248 W. Ashlan Ave. near Highway 99, is backed by the Shryne Group, which has 20 retail stores in California. The group’s local ownership includes Valley native and former MLB pitcher Matt Garza.

The city faces a lawsuit from a District 1 applicant not chosen. Catalyst filed a lawsuit alleging that, among other things, Authentic 559 did not meet city qualifications to operate a license.

One of Authentic 559’s original owners, Brian Mitchell — the former CEO of Shryne — was arrested in Alameda County and charged with workers’ compensation fraud. Mitchell since resigned and is no longer listed on the application.

City Attorney Douglas Sloan told the council that a change in ownership would not require an applicant to start over.

“If one of the owners merely leaves the company, that is not considered a change in ownership,” Sloan said.

Authentic 559 addressed the issue during its 10-minute presentation, noting that Catalyst has filed lawsuits eight other times against cities around the state.

“They have tarnished our reputation by filing thousands of fliers within Fresno, planting stories with (digital newspaper) the San Joaquin Valley Sun,” Shryne president Tak Sato told the city council. “In addition to their lawsuits against cities, their M.O. is to intimidate and harass and personally attack City Council members.”

Authentic 559 plans to move into the building that used to house the Yosemite Falls Café. The restaurant owner, Manny Perales, would be the landlord and spoke on behalf of Authentic 559.

The vote was 7-0 to approve the application. 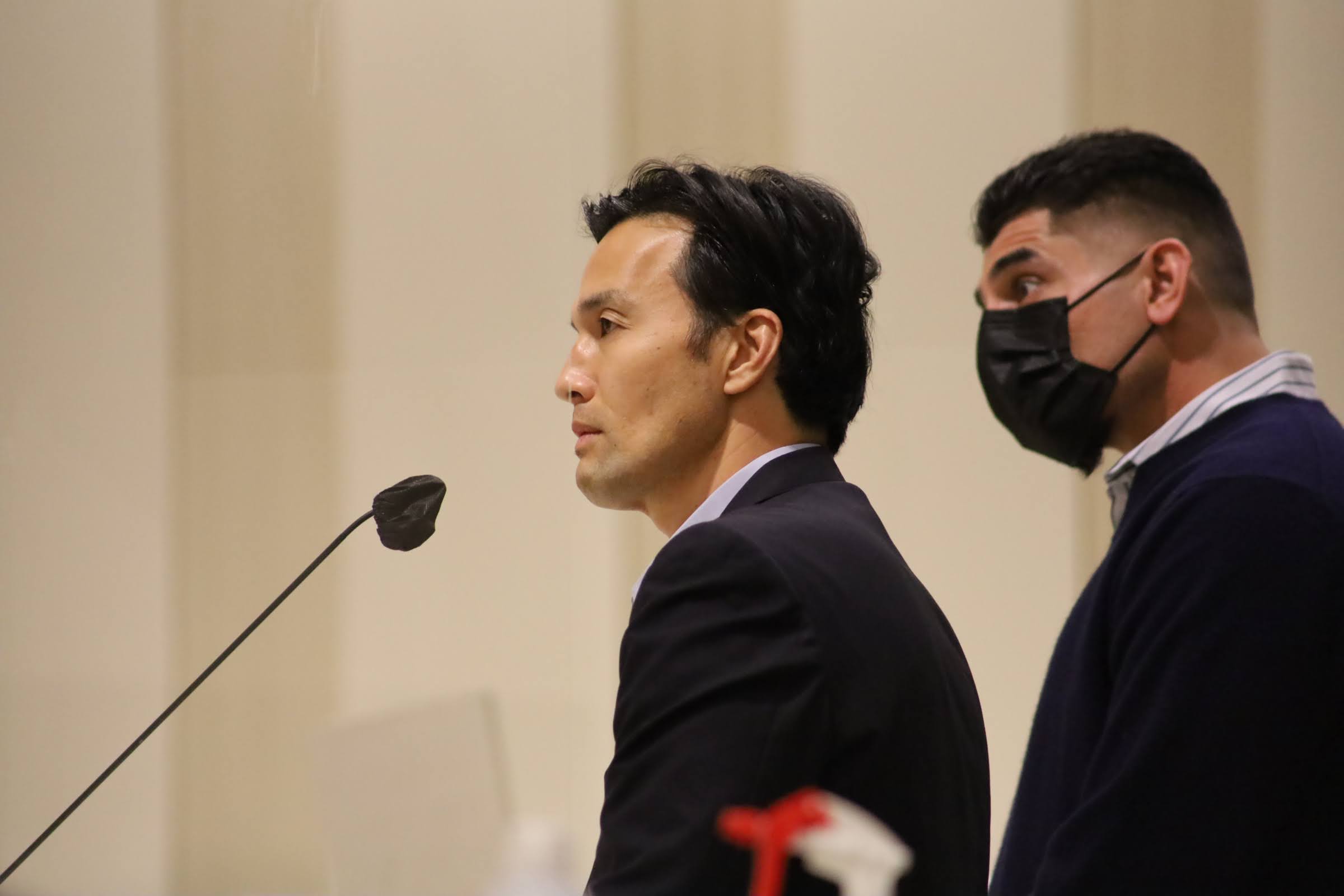 Beyond Rooted Is Approved

Arias appealed Beyond Rooted’s application, expressing concern about its location in the Tower District, a block away from a methadone clinic. He also had issues with a proposed program called “Needles for Joints.”

Beyond Rooted agreed to scrap that program.

Arias praised Beyond Rooted for reaching out to the community and their level of commitment to the neighborhood.

Beyond Rooted submitted dozens of cards in support of its location near Belmont and Van Ness avenues. Support included congressional candidate Lourin Hubbard and Mike Briggs — the one-time councilman who is considering another run.

“I’m looking forward to (your) conditional use permit. But it has passed my level of scrutiny,” Arias said when he made a motion to support.

The vote was 4-0, with Arias, Chavez, Esparza, and Maxwell in support. Bredefeld, Karbassi and Soria were absent.

Bredefeld said he left the dais to take an important phone call and returned too late.

Karbassi started the meeting on the dais, but left to attend a campaign function in Merced — he is running for state Assembly. He did participate for the remainder of the meeting via Zoom. He said he missed the vote because he lost his connection.

As of last September, the city had approved the maximum of 21 cannabis licenses — three for each of the seven council districts (prior to redistricting). Councilmembers appealed five of those licenses in October, and only one survived that process.

The city manager selected four new licensees, and councilmembers appealed three of them. After Wednesday, one open license remains.

“We received lots of feedback from lots of councilmembers … about concerns for locations and other issues that were raised. It is our intent regardless of what happens today, we will be pressing reset. We won’t be going forward with any more awards until we are able to convene with the cannabis subcommittee and talk through some changes to the ordinance,” White said.

[Update, 2/17/22: this story has been clarified as to when Soria left the dais. The original version said she left after the first vote. She left during the second discussion of the day, before a vote was taken.]

Where does medical marijuana stand in the Oklahoma Legislature?