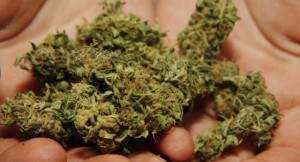 Two marijuana possession charges in Iowa were recently dismissed under a novel reciprocity defense. In both cases, defendants had out-of-state medical marijuana cards and products that Iowa patients can’t purchase but that the defendants could legally possess in the state they’re licensed in.

Colin Murphy, attorney for the defendants, said these rulings issued last November and this January are the first he knows of to successfully use the reciprocity defense in Iowa.

State law is clear on this. The Iowa Medical Cannabidiol Act says a medical card issued in another state “shall have the same force and effect” as an Iowa card, except that out-of-state patients can’t obtain products at Iowa dispensaries.

While Iowa patients’ choices are limited to vapes, tinctures and tablets, most other state medical cannabis programs have a much wider variety of products and potencies, including raw flower marijuana — and they can bring it into Iowa and legally smoke it.

A Republican-sponsored bill introduced this week would add combustible raw marijuana, extracts and resins to Iowa’s definition of medical cannabis.

If it’s legal for those patients, why are law enforcement and the courts spending time on it? That’s because the Iowa Legislature has put them in an untenable position.

Almost every state has a medical marijuana program and the regulations vary widely about which substances are allowed and how much patients can possess.

Another wrinkle is drug paraphernalia. One of the recent reciprocity cases involved a glass pipe used for smoking marijuana. In most contexts, that’s illegal drug paraphernalia under Iowa law. But if it’s used to smoke legal medical marijuana from another state — like it was here — it’s not paraphernalia.

To enforce the law as written, police officers would have to be able to identify the medical marijuana cards and package labeling from more than 40 other states. And they would have to know if a particular product or volume is legal in the other state.

Instead, prosecutors and the courts have to sort out the facts after a police report is filed.

“A ‘medical marijuana card’ is not a ‘get out of jail free card’ and requires officers to be familiar with other state’s laws and proper investigation of such instances. … These types of cases will be very case specific and small variations could have a very different result,” district court associate judge Karen Kaufman Salic wrote in her ruling.

Some county attorneys aren’t aware of the reciprocity language in Iowa law, said Murphy, an attorney with Gourley, Rehkemper and Lindholm law firm in West Des Moines. These two cases happened to deal with cards and products obtained in Missouri, but the defense would likely apply to patients authorized in other states as well.

Iowa lawmakers could go a long way toward clearing up this confusion by allowing patients to use more marijuana products. A Republican-sponsored bill introduced this week would add combustible raw marijuana, extracts and resins to Iowa’s definition of medical cannabis.

Most states allow some access to whole plant marijuana, including neighboring Illinois and Missouri and soon Minnesota and South Dakota. The number of out-of-state patients carrying pot in Iowa will only increase from here.