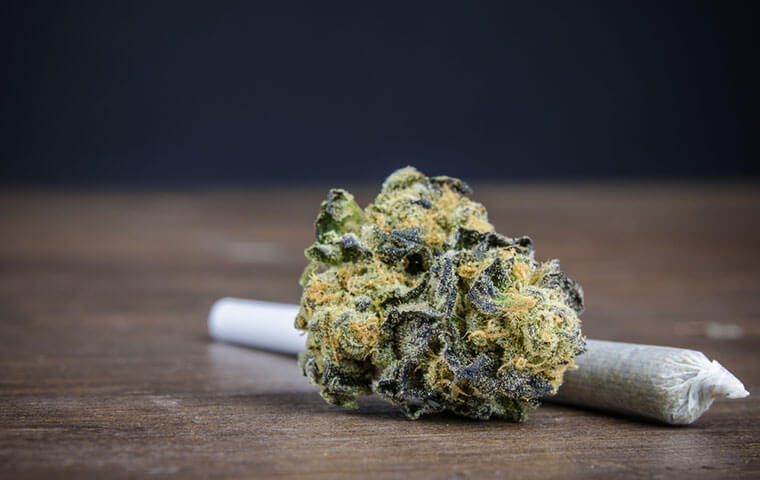 Following is recent guidance from the Office of the Director of National Intelligence addressing the impact of using marijuana or CBD-related products and investing in marijuana-related businesses where they are allowed by state law. (Note: The acronym SecEA means “Security Executive Agent”—that is, the Director of National Intelligence—and SEAD 4 refers to “Security Executive Agent Directive (SEAD) 4, National Security Adjudicative Guidelines.”)

Based on current federal law, I provide additional adjudicative guidance herein on three topics that have generated ongoing inquiries from federal agencies: 1) recency of recreational marijuana use; 2) use of cannabidiol (CBD) products such as CBD oils; and 3) investment by persons in marijuana-related businesses.

With regard to the first topic, agencies are instructed that prior recreational marijuana use by an individual may be relevant to adjudications but not determinative. The SecEA has provided direction in SEAD 4 to agencies that requires them to use a “whole-person concept.” This requires adjudicators to carefully weigh a number of variables in an individual’s life to determine whether that individual’s behavior raises a security concern, if at all, and whether that concern has been mitigated such that the individual may now receive a favorable adjudicative determination. Relevant mitigations include, but are not limited to, frequency of use and . whether the individual can demonstrate that future use is unlikely to recur, including by signing an attestation or other such appropriate mitigation. Additionally, in light of the long-standing federal law and policy prohibiting illegal drug use while occupying a sensitive position or holding a security clearance, agencies are encouraged to advise prospective national security workforce employees that they should refrain from any future marijuana use upon initiation of the national security vetting process, which commences once the individual signs the certification contained in the Standard Form 86 (SF-86), Questionnaire for National Security Positions.

With respect to the use of CBD products, agencies should be aware that using these cannabis derivatives may be relevant to adjudications in accordance with SEAD 4. Although the passage of the Agricultural Improvement Act of2018 excluded hemp from the definition of marijuana within the Controlled Substances Act, products containing greater than a 0.3 percent concentration of delta-9 tetrahydrocannabinol (THC), a psychoactive ingredient in marijuana, do not meet the definition of “hemp.” Accordingly, products labeled as hemp-derived that contain greater than 0.3 percent THC continue to meet the legal definition of marijuana, and therefore remain illegal to use under federal law and policy. Additionally, agencies should be aware that the Federal Drug Administration does not certify levels of THC in CBD products, so the percentage of THC cannot be guaranteed, thus posing a concern pertaining to the use of a CBD product under federal law. Studies have shown that some CBD products exceed the 0.3 percent THC threshold for hemp, notwithstanding advertising labels (Reference F). Therefore, there is a risk that using these products may nonetheless cause sufficiently high levels of THC to result in a positive marijuana test under agency-administered employment or random drug testing programs. Should an individual test positive, they will be subject to an investigation under specific guidelines established by their home agency.

Finally, with regard to the topic of investments, agencies should note that an adjudicative determination for an individual’s eligibility for access to classified information or eligibility to hold a sensitive position may be impacted negatively should that individual knowingly and directly invest in stocks or business ventures that specifically pertain to marijuana growers and retailers while the cultivation and distribution of marijuana remains illegal under the Controlled Substances Act. Under SEAD 4′ s guidance for personal conduct (Reference B, Guideline E), a decision to invest in an activity, including a marijuana-related business, which the individual knows violates federal law could reflect questionable judgment and an unwillingness to comply with laws, rules, and regulations. That is, it is appropriate for adjudicative personnel to consider whether an individual is knowingly facilitating violations of the Controlled Substances Act by engaging in such investments. On the other hand, if the marijuana-related investment is not direct, such as an investment in a diversified mutual fund that is publicly-traded on a United States exchange, adjudicators should presume that individual did not knowingly invest in a marijuana-related business~ thus, the indirect investment should not be considered relevant to adjudications.

In some instances, the investment itself may be illegal, which is also relevant to SEAD 4′ s guidance for criminal conduct (Reference. B, Guideline J), which by its very nature calls into question an individual’s ability or willingness to comply with laws, rules, and regulations.

Heads of agencies are expected to advise their prospective and current workforce to adhere to federal laws prohibiting marijuana use.

Another Deadline Coming Up for Funding Agencies

MSPB Study Looks at Damage From Aggression in the Workplace

When Should a Federal Employee Apply for Social Security Benefits?