Recreational Marijuana Use Legislation Being Shaped in Maryland


Michael Arrington has a couple of suggestions for the Maryland General Assembly when it convenes in January to consider cannabis legislation.

Arrington said lawmakers should specify the number of licenses minority businesses can receive to participate in the cannabis industry and should ensure bills to allow cannabis use integrate a social justice component.

“The state should mandate in the law what its intentions are as it relates to the issuance of licenses of minorities when [lawmakers] contemplate legalizing recreational marijuana,” he said during an interview.

The association will help minority business owners interested in the cannabis industry to form partnerships with other companies, sift the technical application process and maneuver the complex policy procedures in Annapolis.

Diversity will also be a priority for the association to ensure white business owners don’t monopolize the cannabis market, which happened when the state approved medical cannabis in 2014 and nearly all white companies received licenses as growers, processors and dispensaries.

“It’s important that we find an opportunity to create legacy wealth for the African-American community,” Arrington said. “This is most logical in terms of doing that because we have been victimized more than any other community by the laws associated with cannabis.”

“It’s very complicated. It’s so much more than what data do you need,” said Kasky, director of policy and government affairs for the commission.

She said it’s easier to test impaired drivers, but a person would need blood drawn to assess levels of THC (tetrahydrocannabinol), the psychoactive ingredient in cannabis. She said saliva tests have recently been done in some states achieving results “more quickly” and is “less invasive than drawing blood.”

Another challenge remains that Maryland joins more than a dozen of other states and Washington, D.C., where medical cannabis remains legal with certain products sold at dispensaries.

Nearly two dozen states allow both medical and recreational use, so laws differ in each jurisdiction. In addition, marijuana remains illegal under federal law and with some businesses strictly operating as a cash business.

Frye, who founded Takoma Park Integrative Care, said her patients mainly use cannabis products orally. Some of those products include gummies, sprays and lozenges.

Some of her data this year shows anxiety represented the number one reason patients sought treatment. Pain ranked second.

In terms of gender, her business saw more male patients between the ages of 25 to 55, but more female patients ages 55 and older, “which may be a reflection of autoimmune disease which I see a lot of and it is definitely more prevalent in women than in men.”

“Individuals respond to each medication differently,” she said. “There’s no one-size-fits-all.”

The presenters all agreed some form of guidance among state lawmakers is needed.

“Regulations matter and they can help mitigate some of the potential harms,” said Weiss, director of the division of extramural research at the National Institute on Drug Abuse. “It’s important that adult use legalization goes into effect so that there’s also strong, public health campaigns in place when the laws change.”

The work group plans to hold another session Wednesday, Oct. 27. 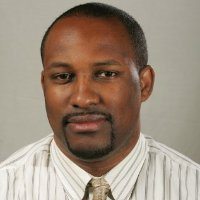 I decided I wanted to become a better writer while attending Bowie State University and figured that writing for the school newspaper would help. I’m not sure how much it helped, but I enjoyed it so much I decided to keep on doing it, which I still thoroughly enjoy 20 years later. If I weren’t a journalist, I would coach youth basketball. Actually, I still play basketball, or at least try to play, once a week. My kryptonite is peanut butter. What makes me happy – seeing my son and two godchildren grow up. On the other hand, a bad call made by an official during a football or basketball game makes me throw up my hands and scream. Favorite foods include pancakes and scrambled eggs which I could eat 24-7. The strangest thing that’s ever happened to me, or more accurately the most painful, was when I was hit by a car on Lancaster Avenue in Philadelphia. If I had the power or money to change the world, I’d make sure everyone had three meals a day. And while I don’t have a motto or favorite quote, I continue to laugh which keeps me from driving myself crazy. You can reach me several ways:
Twitter @jabariwill, Instagram will_iam.ford2281 or e-mail, wford@washingtoninformer.com

Rolling Station is the latest innovation from Ottawa cannabis company