Seven Hills, LLC v. Chelan County: When Does a Nonconforming Use come into Existence?

Court Decisions and AGO Opinions
,
Development Regulations and Zoning 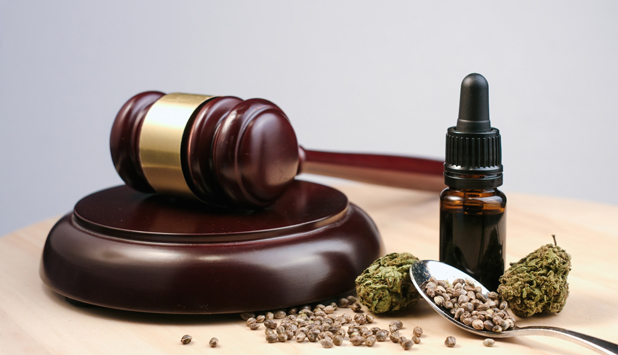 Nonconforming use cases tend to be tricky because they reflect the tension between a local government’s regulatory authority and the right of a business or property owner to use real property in a manner that was, at one time, permitted by code.

Washington courts define “nonconforming use” as a use that lawfully existed prior to the enactment of a zoning ordinance, and which is maintained after the effective date of the ordinance, although it does not comply with the newer zoning restrictions applicable to the district in which it is situated.

Nonconforming uses frequently arise with respect to agricultural or mining uses in areas where land use patterns are changing. An example is Rhod-A-Zalea & 35th, Inc. v. Snohomish County (1998), in which the Washington Supreme Court (Supreme Court) upheld the ability of a county to require grading permits from a peat mining operation that had been in operation since 1961. The Supreme Court noted that since nonconforming uses limit the effectiveness of land use controls, they are disfavored by courts and should be phased out.  However, it also noted that local governments may allow legal nonconforming uses to continue until they are either: (1) abandoned or (2) eliminated pursuant to a reasonable “amortization schedule” to avoid constitutional issues and hardship on business owners.

Nonconforming Uses and the Legalization of Cannabis

As local governments were grappling with whether to allow such uses, cannabis businesses were in a race to obtain one of the limited number of licenses available and become participants in a newly legalized market.  The Supreme Court’s decision in Seven Hills LLC v. Chelan County (September 23, 2021) represents an unique context for analysis of nonconforming uses because it arises in the context of a new business opportunities instead of long-established uses.

A timeline is helpful for understanding the competing interests of Chelan County (County) and Seven Hills LLC (Seven Hills):

Much of the case turns on two simple questions: (1) When is a nonconforming use established?; and (2) What impact (if any) does a moratorium have on a business owner’s attempt to establish such a use?

Moratoriums Do not Necessarily Preclude Establishment of a Use

To answer the second question first, the Chelan County Hearing Examiner, the trial court, and the Washington Court of Appeals ruled that Seven Hills did not have a legal nonconforming use when the County issued its September 29, 2015 moratorium.  The Court of Appeals reasoned that since Seven Hills did not receive its cannabis producer and processer license until January 2016, it could not have had a valid non-conforming use at the time the moratorium was adopted in September 2015.

In a 5-4 decision, the state Supreme Court disagreed.  It noted that while the moratorium prohibited the siting of cannabis processing and production facilities in the County, the “measure did not suspend all cannabis businesses — it spoke only to the siting of newly licensed businesses.”  For the majority, the moratorium temporarily suspended the County’s power to designate locations where otherwise licensed cannabis businesses could operate, but did not change the County’s underlying zoning provisions, which until February 16, 2016, did not prohibit cannabis businesses. Since Seven Hills obtained its cannabis production and processing license from the Board on January 26, 2016, it had an allowed use prior to the amendments to the County’s regulations.

Establishment of a Nonconforming Right is Fact-Specific

The Supreme Court observed that the analysis of whether a nonconforming use is established is fact dependent:


Nonconforming use law is not so much a bright line as much as it is about establishing principles that guide a court’s decision-making. All nonconforming use cases are fact-specific, and all require concrete evidence that the petitioner did more to establish their nonconforming use rights than just preparatory work.

It found that Seven Hills showed more than the “mere intention or contemplation of an eventual use of land.”  For the majority, Seven Hills did enough to establish a nonconforming use by incurring $750,000 in costs and site improvements, acquiring permits, and obtaining the required license from the Board on January 26, 2016, prior to the County’s prohibition of cannabis-related uses on February 16, 2016.  Clearly, the majority’s use of the later date (February 16, 2016, instead of the September 26, 2015, moratorium date) had a major impact on the outcome of the case.

In a footnote, the Supreme Court declined to rule on whether a two-year year amortization period in the County’s zoning regulations applied to Seven Hills, finding that the issue was not properly before the court.

The dissent criticized the majority’s narrow interpretation of the effect of the moratorium, noting that:


[A]s a matter of undisputed fact and unambiguous law, Seven Hills’s cannabis production business did not exist until several months after the moratorium came into effect. And despite the majority’s insistence to the contrary, a business that does not yet exist cannot already be sited.

The dissent also described the efforts of the County to ascertain the negative impacts of cannabis production and processing through research, community input, and public hearings. It took issue with the majority’s description of the effect of the moratorium:


Temporary moratoria enacted by resolutions are not merely symbolic expressions of local preference. They are “legislative acts” by local governments pursuant to their police powers, which “may be adopted as emergency zoning ordinances.”  The purpose of such interim zoning measures is “to preserve the status quo so that new plans and regulations will not be rendered moot by intervening development.”  For temporary moratoria to serve their intended purpose, they must be enforceable. [citations omitted]

The tension between the interests of property owners and local government takes on added intensity when a nonconforming use issue arises in connection with a new and lucrative market. The majority’s decision calls into question the ability of local governments to use moratoriums to preserve the status quo while further study of regulatory options occurs. It also illustrates the need for very careful drafting of moratorium language.

Oskar Rey has practiced municipal law since 1995 and served as Assistant City Attorney for the City of Kirkland from 2005 to 2016, where he worked on a wide range of municipal topics, including land use, public records, and public works. Oskar is a life-long resident of Washington and graduated from the University of Washington School of Law in 1992.

VIEW ALL POSTS BY Oskar Rey

How To Keep Edibles Safe from Kids and Pets

Cannabis stores continue to get consideration in Santee