Just over two years ago, Canopy Growth announced a novel approach to potentially participate in the U.S. cannabis market, entering into a plan of arrangement with Acreage Holdings that would allow it to buy the company when permissible. Since then, Canopy also made a non-equity investment into TerrAscend, giving it the ability to own 20% of the company. It made loans to each of the companies as well, though the funds were restricted from use in their state-regulated THC businesses.

While the structure Canopy employed hasn’t exactly taken off, there have been other examples. Most recently, Cronos Group purchased an option to acquire a 10.5% stake in private MSO PharmaCann for $110.4 Million. Similarly, retailer Fire & Flower is licensing its brands and IP to a third-party that will operate stores in the U.S. in exchange for the right to buy the entity in the future. Charlotte’s Web bought an option to acquire the THC business of Stanley Brothers as well.

We expect to see an acceleration in deals that tie up American cannabis companies. On its Q4 earnings call last week, Tilray’s CEO discussed the company’s plans to enter the U.S. THC market and generate $1.5 billion in annual revenue from it by 2024, which Irwin Simon discussed with us in our interview this week as well. Tilray will be actively working to acquire options to purchase businesses. On its call, Canopy Growth suggested that it isn’t done in the U.S. either.

While most of the activity thus far has been limited to Canadian companies looking to enter the U.S., we think the story is potentially much bigger. On its Q3 conference call, Scotts Miracle-Gro CEO strongly suggested that it will be looking to position itself for eventual legalization:

After months of work by an internal task force, we’ve created a process that will allow us to make nonequity investments in other entities that invest in cannabis brands and operations. In fact, we’ve been in discussions with potential partners to bring this strategy to life and hope to see significant movement in the near future… Our evolving vision is to create the optionality to have an early mover advantage in the broader U.S. cannabis market when federal law allows. 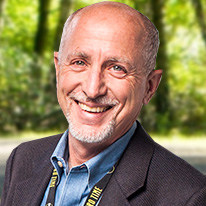 Having followed this company for years, we aren’t surprised to learn of their interest. What did surprise us is that investors don’t seem to have been paying attention.

The legacy model, used by Constellation and Altria and, more recently, to some degree by British American Tobacco, has been to invest into a Canadian LP. The tie-up of American operators doesn’t require this at all, and Scotts Miracle-Gro appears poised to make its initial move.

We know that Tilray and Scotts Miracle-Gro are on the hunt, but we expect other strategic investors could pursue tie-ups as well. The largest alcohol companies, which include Anheuser-Busch InBev, Heineken, Asahi Group, Kirin and Diageo, have thus far been relatively quiet regarding any potential plans, but we expect the ‘king of beers’ wants to be the king of bud as well. The company’s stock ticker, aptly named BUD, would be even more fitting!

Beyond Constellation, Molson Coors has partnered with HEXO through a JV that could eventually enter the THC business in the U.S. Imperial Tobacco made an investment into Auxly, but it hasn’t hinted at its U.S. strategy. Other CPG companies could also explore entering the cannabis industry with optionality as well.

We think the interest being expressed by Tilray, Canopy Growth and Scotts Miracle-Gro could help boost retail interest in the MSOs if any of them announce deals. These companies, which will be reporting Q2 earnings beginning on Monday, when Curaleaf hosts its call after the close, have solid fundamentals and reasonable valuations, but the technical dynamics of trading on the CSE and OTC have weighed on their prices. The potential tie-ups we envision could spark speculative interest in the weeks ahead and put a floor underneath the current prices.

In 2018, Jushi CEO Jim Cacioppo collaborated with fellow cannabis and finance experts Erich Mauff and Jon Barack and realized that by combining their shared industry know-how, they could make an impact on the lives of individuals across the globe. Together, they put together a team of experts to create Jushi Holdings Inc., with the ambition to be a leading multi-state owner and operator of cannabis licenses. Today, Jushi’s operations have grown rapidly with new cultivation, manufacturing and retail licenses across the United States. The company pre-announced a Q2 revenue increase of 220% to $47.7 million and will report its full quarterly results on 7/25.

Get up to speed by visiting the Jushi Holdings Investor Dashboard that we maintain on their behalf as a client of New Cannabis Ventures. Click the blue Follow Company button in order to stay up to date with their progress.