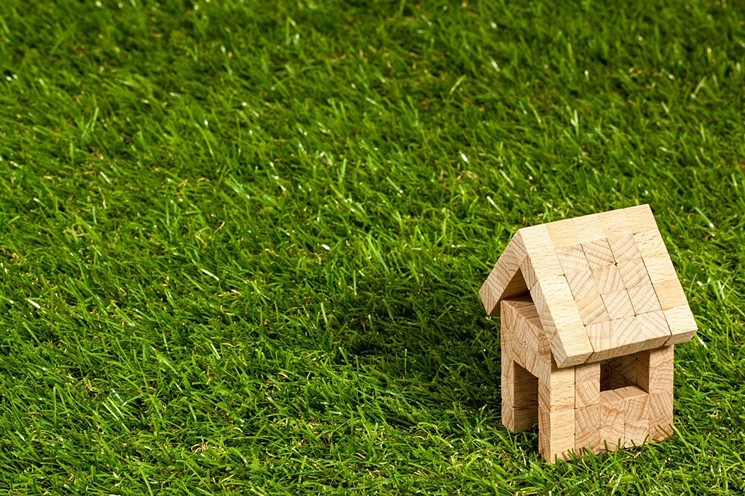 Image by Harry Strauss from Pixabay

He’s making a joke, trying to explain the results of a recent study that found the rise in residential real estate values in many states, including Arizona, can be partly attributed to the decriminalization of recreational marijuana.

The study, released July 12 and titled “How Legalizing Recreational Marijuana Impacts Home Values,” was conducted by Clever Real Estate, a national company that matches people with realtors in their areas. It states that between 2017 and 2021, property values in Arizona rose by an average of $80,558, and suggests the state’s legalization of medicinal marijuana in 2010 and recreational marijuana in 2020 has something to do with that increase. The study also claims that with each dispensary a city adds, average property values increase by $519, noting that Arizona is currently home to 122 dispensaries.

Support the independent voice of Phoenix and
help keep the future of New Times free.

“Places with a lot of dispensaries had much higher home values than cities with no dispensaries,” says Francesca Ortegren, a Ph.D. data scientist for Clever Real Estate. “We think it’s stirring economic activity and increased tax revenue, and that tax revenue can then be turned around and put back into the community. We’ve seen in other places where they’re putting it toward education and things like that, which can really increase home values.”

The study cites the statistic that Arizona collected $183 million in medical marijuana sales tax revenue in 2020, which will (eventually) go toward community improvements that elevate home values.


Revenue from recreational sales, which began in January 2021, is expected to be even higher, given the 16 percent Marijuana Excise Tax (MET) levied on all recreational purchases and the Transaction Privilege Tax (TPT), which vendors pay. As of July 15, the Arizona Department of Revenue is reporting the state has collected $74 million in MET and TPT. After a portion of that money pays for administrative costs, the rest is allotted for community colleges (33 percent), law enforcement and fire departments (31 percent), transportation (25 percent), and criminal justice and public health (10 percent).

But local real estate agents and experts like Hague don’t quite see things through Clever Real Estate’s weed-colored glasses. In fact, some have noticed the opposite. Hague says houses near dispensaries have actually been “a little harder to sell” in the years after the legalization of medical marijuana due to a belief on the part of buyers that crime rates are higher the closer you get to a dispensary.

“We could see that there was some concern — probably not well-founded — that living close to a dispensary, and the people that would go there, that there might be more probability of crime or something crazy happening there,” he says. “I would doubt that there are any real statistics to back that up. But it was perceptual.”


“I haven’t seen that as much lately,” Hague adds. “I think it’s become a lot more accepted.”


Trevor Halpern, an independent agent at North & Co. and the founder of Halpern Residential, agrees, citing the Curaleaf at 10th Street and Camelback Road.

“The neighborhood just behind that dispensary, just north of it, is a rising neighborhood,” he says. “There’s lots of turnover in that neighborhood, there’s lots of remodeling being done, and its average price is pushing up above what is the average for the city – it’s a little over half a million dollars right now.

But, Halpern says, “The homes that abut right to that dispensary, there’s a little bit of a stigma attached to them. I think the perception of people is that where there are dispensaries, there will be crime. Now, whether that is actually true or not, I’m not sure. But there’s certainly a perception of some people that it’s a degradation of the neighborhood.”

He says rising home values in Arizona are attributable to more straightforward factors, such as the scarcity of available homes and record-low interest rates on mortgage loans.

“This is the first time as a practitioner, as someone who is on the ground helping people buy and sell homes, that the factor of marijuana legalization ever even entered my mind,” Halpern says. “It’s other factors: supply and demand, cheap money, the desirability of Phoenix, the overall cost of living in Phoenix, the overall perception of value in Phoenix. We’re not seeing the legalization of marijuana as one of those key indicators.”

Count Tina Tamboer, a senior housing analyst for The Cromford Report, among the unconvinced as well.

“Marijuana operations have become so prevalent it would be difficult to attribute home value fluctuations to it as a sole influence, as opposed to the much larger issue of population vs. housing units over the past 10 years,” Tamboer says. “Other outlets have tried to attribute home values to their proximity to a Starbucks in the past or even Trader Joe’s, but more often we see commercial demand follow residential historically, not the other way around.”

Of the neighborhoods in those five zip codes, only one – 85260 – has a dispensary (Sol Flower).

Though he remains skeptical of the study, Halpern doesn’t rule out the idea that all the additional marijuana tax money being funneled to social services in Arizona could eventually bring about a kind of new prosperity.

“One of the drags on Arizona when we’re competing to bring businesses here is the fact that our education system is in the bottom quarter, typically, of all other states,” he says. “So, if we have more funds to devote to education, and we have more funds to devote to our infrastructure and highways and can continue to expand in front of the increase in population, I think it would be hard for anyone to argue that those benefits are [negatively] counteracted by having dispensaries in town. It will be interesting to see how this plays out.”