These 3 Cannabis Companies Are Poised for Big Gains


It’s been said a hundred times: The legal cannabis industry in the U.S. is here to stay. Among all the mom-and-pop shops and the multi-state operators (MSOs), there are three companies that have been busy establishing large footprints across the country in anticipation of massive gains one day.

Cresco Labs (OTC:CRLBF), Curaleaf Holdings (OTC:CURLF), and Green Thumb Industries (OTC:GTBIF) all hold licenses in multiple states as vertically integrated operators, covering all aspects of the business from cultivation operations to the retail chains that sell their cannabis products.

All three also generated record revenues during 2020 and the first quarter of 2021, and are largely focused on limited-license states such as Virginia, Florida, and Pennsylvania, which reduces the competitive threats to their business in their key markets. And all are worth investors’ serious consideration. 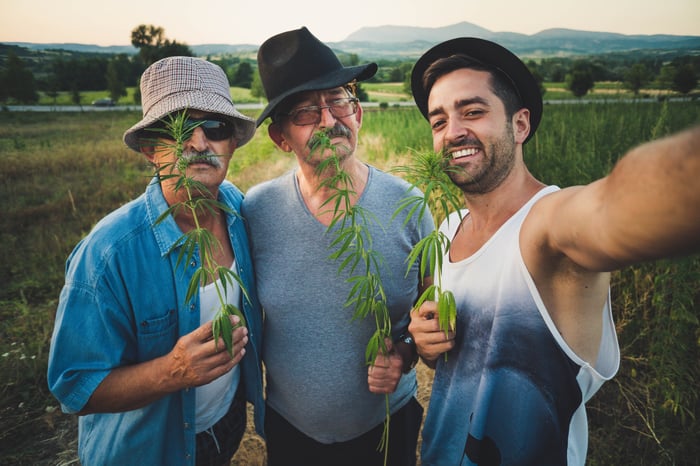 When it comes to the size of a company, bigger doesn’t always mean better for investors.

Cresco is the smallest of the three. It has operations in 10 states, in seven of which it has retail dispensaries, and employs 2,300 people. Its heaviest retail presence is in Illinois (10 dispensaries), where it’s headquartered. It recently opened its fourth location in Pennsylvania — a medical-only retail store. And beyond its 33 company-owned dispensaries, Cresco has wholesale distribution agreements that get its 350 products into more than 700 other storefronts nationwide.

Massachusetts-based Curaleaf is on the opposite end of the size spectrum. It has 4,600 employees and operations in 23 states, with retail dispensaries in 17. In its No. 1 retail market, Florida, its 37 retail locations exceed Cresco’s U.S. total. The company’s 107 total dispensaries are spread coast to coast across the U.S.

Green Thumb falls in the middle, size-wise. Headquartered in Illinois like Cresco, the company has multiple dispensaries in its home state as well as in Curaleaf’s home state of Massachusetts. It has operations across 13 markets in all, with 32 dispensaries and licenses for 110 retail locations, and currently employs 2,700.

The largest piece of Green Thumb’s retail store footprint is its Rise chain, which has locations primarily in Pennsylvania and Illinois. Green Thumb also recently acquired Dharma Pharmaceuticals in Virginia, which brought with it a vertically integrated license, a production facility, and an operating dispensary. It also holds the rights to open five additional dispensaries in Virginia, which has become a very competitive market. Medical cannabis veteran Columbia Care also made an acquisition there this year that gave it one of only five licenses for vertically integrated operations in the state.

Whether the legal cannabis market’s growth was accelerated by the impact of the COVID-19 pandemic, wider availability of cannabis products, or a combination of the two, sales in the U.S. shot skyward in 2020 and continue to do so.

Curaleaf brought in annual revenues of $626 million, up 184% compared with 2019. This was fueled by 75% growth in its number of retail, cultivation, and processing sites, as well as 75% growth in the number of states in which it operates. It followed that up with revenue of $260 million in 2021’s first quarter, boosting its gross profit margin by 6% year over year.

Notably, all three of these companies are equipped with the cash necessary to continue their torrid growth well beyond 2021 as consolidation continues to shape this evolving market.

In early July, Jefferies analyst Owen Bennett initiated coverage on these three stocks, giving each of them buy ratings and optimistic price targets. Based on those targets, Cresco offers the most potential for investors. It’s currently trading at about $11, so if it reaches Bennett’s target price of over $28, it would result in a 155% gain.

Curaleaf’s stock price, hovering around $14, offers an 84% upside based on Bennett’s price target of $25.50. And Green Thumb currently offers a 71% potential gain based on its current price of $32 and a target of $55.

If you’re looking specifically for a company that has shown it can post net profits, Green Thumb might be your best option from among these three. But there are compelling arguments to add all of them to your portfolio as the industry expands and the pressure grows for marijuana legalization at the federal level in the U.S. Keep in mind that those recent revenue growth rates were achieved even in an environment where cannabis has not been federally legalized. Imagine what these businesses might do with that headwind removed.