It’s fair to say that cannabis has officially entered the mainstream. There are 36 states that now allow medical cannabis, and 18 have approved legislation that legalizes adult recreational use.

Across the country we are seeing multi-state operators (MSOs) like Green Thumb Industries (OTC:GTBIF) gobble up competitors, as it did with Fiorello Pharmaceuticals in 2019 to give it one of only 10 vertical integration licenses in New York. That license allows Green Thumb to host a full supply chain from cultivation to sales of products. The company continues to set its expansion sights via acquisitions, but also through real estate purchases. One such purchase presents an interesting opportunity. 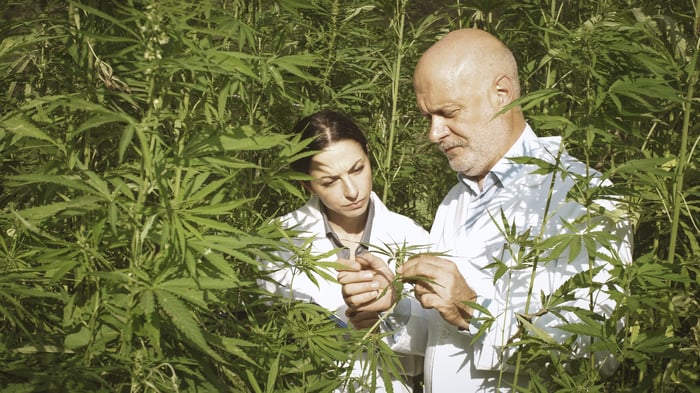 In April of this year, Green Thumb jointly announced with the Orange County Industrial Development Agency in New York that it would purchase a business park complex in Warwick, New York from the state. Here, the company plans to build out a cultivation and manufacturing facility. What’s interesting about this purchase is that the complex is a former medium-security prison that once housed inmates responsible for crimes related to drugs, among other offenses.

The former prison turned cannabis facility provides Green Thumb with a vast complex of 40 acres, and will bring 125 new jobs related directly to the facility.

According to the press release, the local development agencies offered Green Thumb various state-offered incentives, including sales and use tax exemption, mortgage recording tax exemption, a 15-year property tax abatement, and the issuance of taxable revenue bonds. These savings could amount to an estimated $27 million in tax breaks over the course of the 15-year project.

Under the approved legislation made by New York in March for recreational cannabis licenses, cannabis companies looking to operate in the state would either be a processor and distributor, or a retailer. A significant advantage for Green Thumb is that it was already an established medical cannabis operator in New York prior to the state legalizing recreational-use cannabis.

That pre-established existence allows the company to grow and sell products in the recreational-use market as a vertically integrated operator, meaning more scalability and control over its supply chain. It will also benefit from having a relationship with and the support of state and town officials with a mutual effort toward growing the cannabis market in New York.

The pending start date for sales of recreational-use cannabis in New York is anticipated for the first half of 2022, which sets up perfectly for Green Thumb, as the company expects to be fully operational at the new Warwick campus location as of June 1, 2022.

Behind a prison-turned-cannabis campus in close proximity to New York City, along with retail locations in place to the north in Albany and to the west in Rochester, Green Thumb is primed to be the leader in cannabis production and sales in what is expected to be a huge market.

The company is coming off of $556 million in revenue for 2020, representing a 157% rise over its revenue in 2019. Those numbers will most likely only get bigger as we get closer to 2022. Once New York’s recreational-use sales kick in, Green Thumb’s stock price might make today’s $33 shares look like a steal.