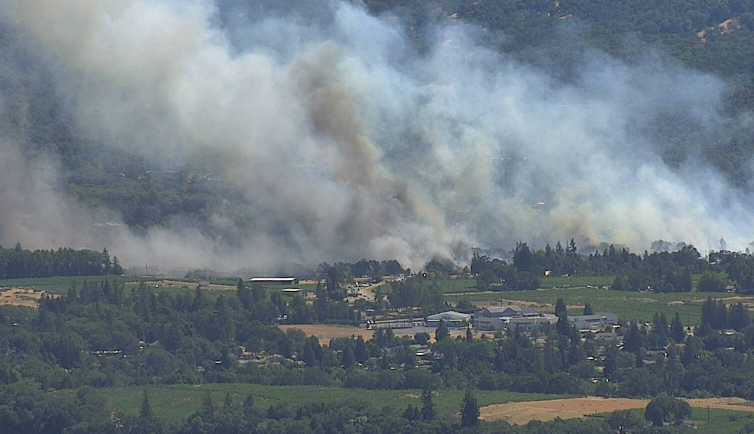 Black smoke rising from the Broiler Fire. [Screengrab from the AlertWildfire Cams]

In a public statement, Flow Cannabis Company’s President Jarom Fawson has admitted Redwood Valley’s Broiler Fire that destroyed three homes, six outbuildings, and burned 80 acres of wildland was caused by one of their employees mowing grass on their property.

President Fawson states the fire “originated on our property, after the blades of a mower, operated by our employee, struck rock, causing a spark.” 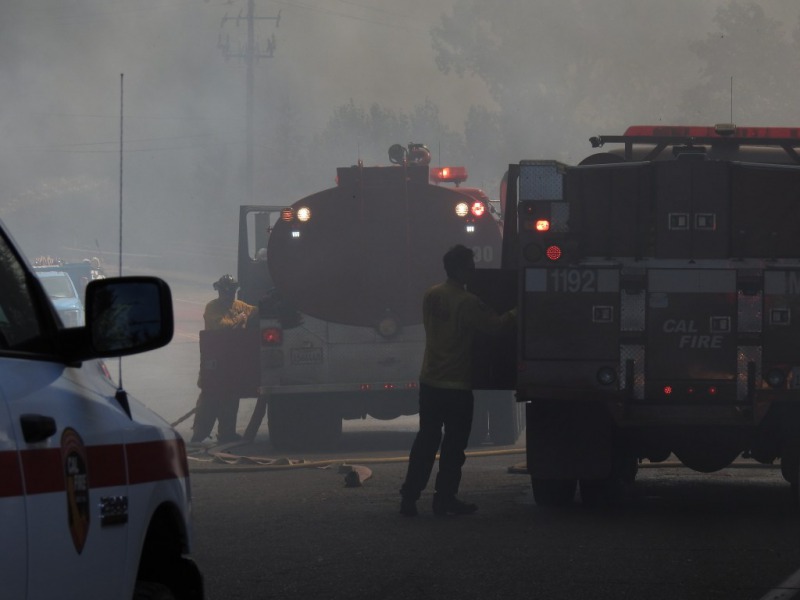 In the statement, President Fawson said his company is “truly sorry” for the “stress, anxiety, fear, and loss that our Redwood Valley neighbors have experienced as a result.”

Redwood Valley-Calpella Fire Department Chief Don Dale told us despite Fawson’s statement, the fire’s cause is still under investigation but applauded the company’s willingness to “take the first step of trying to make things right.” 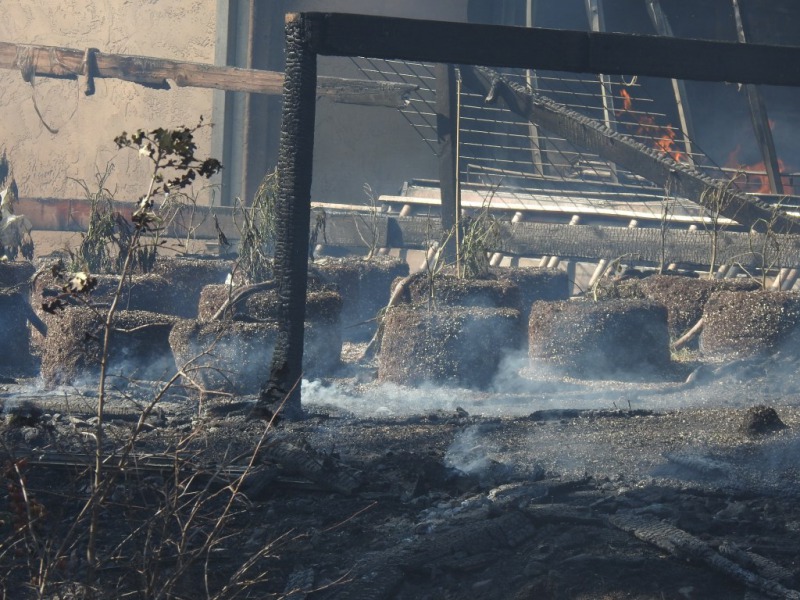 Chief Dale said representatives of Flow Kana approached fire investigators offering information about their role and characterized the company as being “upfront about the whole thing.” He added that there clearly was no intention behind the lighting of the fire, that it was an accident, and the incident will not result in criminal charges. 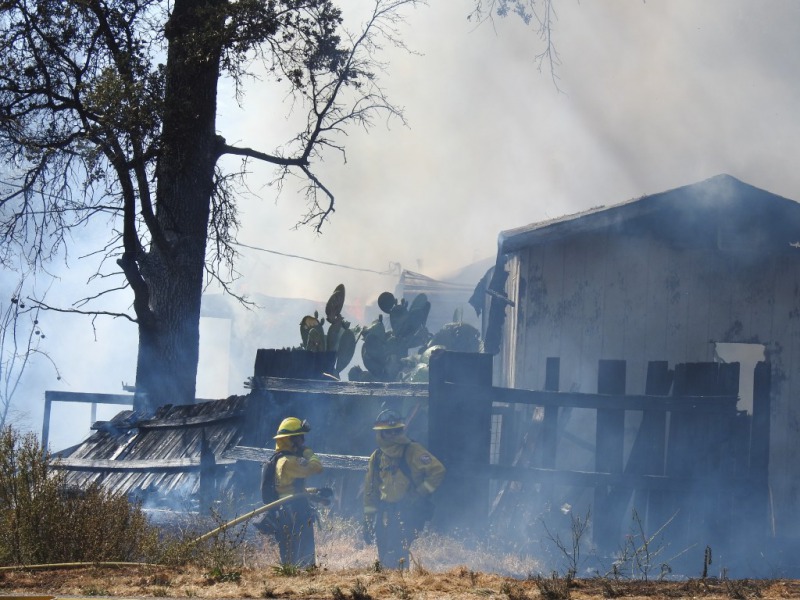 Cal Fire personnel on the perimeter of a burning home. [Photo by Matt LaFever]

Looking towards the future, President Fawsom said his company will be “mindful and vigilant of the wildfire danger that exists in our community and committed to working closely with fire officials to improve our current fire prevention program and ensure that, moving forward, we are at the forefront of wildfire prevention.”

As of today at noon, Chief Dale said the Broiler fire is 85% contained with crews working on hotspots throughout the affected area. He said this weekend’s winds and heat could contribute to potential flare-ups throughout the area.

In light of the information released from Flow Kana, Chief Dale reminds the public that there should be no weed-eating or mowing after 9:00 a.m. He noted with this weekend’s extreme heat warning, it is best to just not mow “until it cools down.” 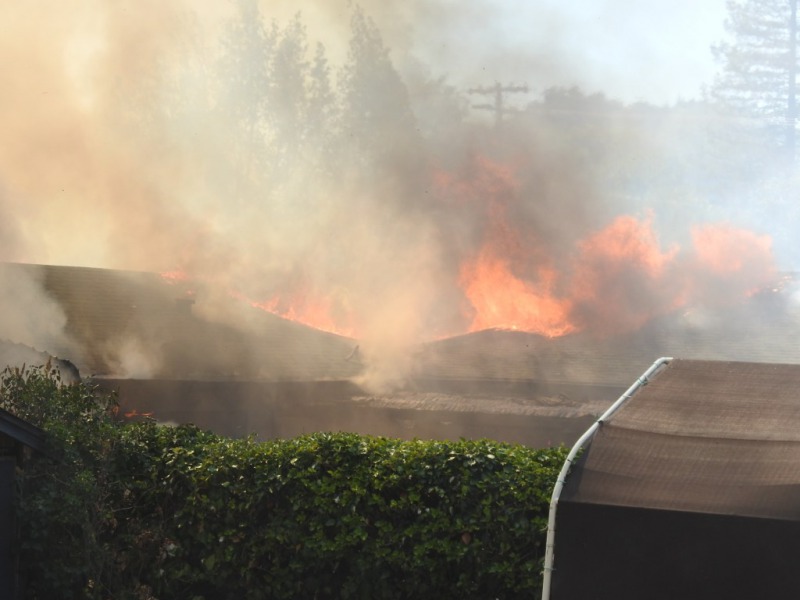 One of the homes actively burning at the Broiler Fire. [Photo by Matt LaFever]

Here is the statement issued by Flow Cannabis Company in-full: