Rare Cannabinoids Are the Next Frontier in the Marijuana Industry 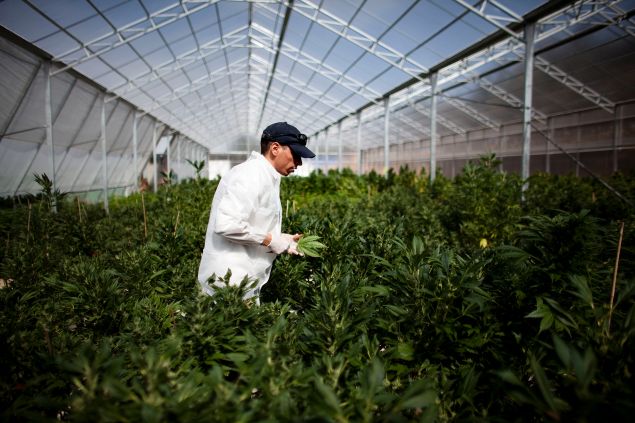 A worker at a cannabis greenhouse. Uriel Sinai/Getty Images

It’s 2021 and regular THC isn’t going to cut it for the budding weed industry. Neither will CBD. Instead, a host of startups are betting that weed consumers will be clamoring for something that nature alone can’t provide.

In Berkeley, California, the startup Demetrix, is preparing to manufacture “metric tons” of cannabigerol, also known as CBG. CBG is also called “the mother of cannabinoids” because chemically, it’s a precursor for hundreds of other chemicals that exist in trace amounts in cannabis plants.

“It’s been a wild ride,” Cynthia Bryant, the chief business officer of Demetrix tells Observer. “Three years ago, we literally had empty lab space. We were buying freezers.” Now they’re hoping to have CBG products ready to go by the end of the year.

Cannabis consumers are increasingly interested in niche or “rare” cannabinoids, even though it’s still unclear what these molecules are truly capable of. That includes products like Delta 8 THC, which is about half as potent as regular THC and has been called the fastest-growing segment of the hemp industry. Companies like Demetrix are more interested in “rare” cannabinoids – 100+ compounds in cannabis that exist only in trace amounts in nature but can be made plentiful in the lab. 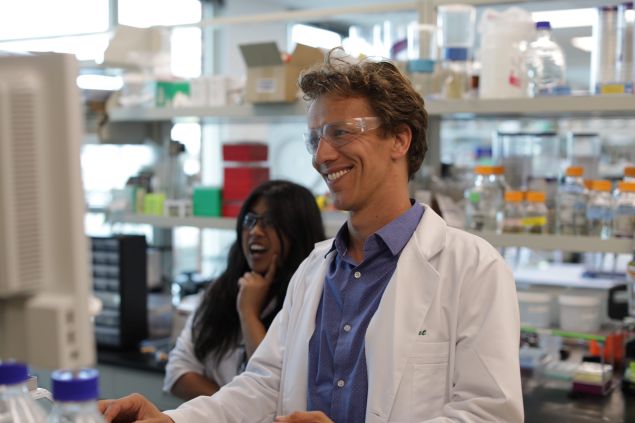 Demetrix was initially founded by Jay Keasling, a professor at the University of California, Berkeley who focuses on engineering microbes, specifically yeast, to produce other substances: like fuel, or a component for malaria medication called artemisinin. Keasling has since turned to cannabis, where his patented technique endows brewer’s yeast with the capacity to make cannabinoids.

“It’s just like brewing beer,” Keasling tells Observer. “We feed the yeast, sugar, and the yeast, rather than spitting out ethanol, spits out cannabinoids.”

Demetrix is just one of a handful of startups poised to create a new avenue in the weed industry somewhat similar to the path carved by CBD or, more recently Delta-8 THC. Dennis O’Neill, the president of Biomedican, another California-based startup, estimates that the rare cannabinoid industry may be worth $25 billion by 2025.

Biomedican also uses proprietary yeasts to mass-produce rare cannabinoids, like CBG, and has accumulated $4.1 million in funding so far.

“There’s a percentage of the CBD people who are looking for the next best thing,” O’Neill tells Observer. “All the data points indicate that we’ve got a tsunami of demand that’s going to be hitting this market. There’s going to be a lot of money to be made.”

Where are the rare cannabinoids coming from?

It’s not that we haven’t known these molecules exist in cannabis, it’s that they’ve historically been out of reach. Molecules, like CBG, are usually only present in trace amounts in natural plants – though some varieties can be bred to contain more of a certain rare cannabinoid.

The biosynthesis approach cuts the plant out of the equation and focuses on cannabis’ molecular machinery to dial up the production of rare cannabinoids.

The end result is an isolated form of a rare cannabinoid. It’s the same product that would occur in nature, but without the additional terpenes or other molecules present in a plant (a downside some weed connoisseurs might say, but one that the emerging industry sees as an advantage).

The idea that scientists have been able to engineer yeast to produce rare cannabinoids, and thus circumvent nature’s scarcity, has existed for several years. Keasling first published a paper on the topic back in 2019, but at that point, it was unclear if the process could be scaled up enough to support a new industry.

Bryant says faster computing, advances in microorganism engineering, and a better understanding of cannabis has allowed Demetrix to go from producing zero liters of CBG to 15,000 in three years. In February, Demetrix also signed an agreement with a commercial-scale manufacturer with the promise of delivering those “metric tons” of CBG. 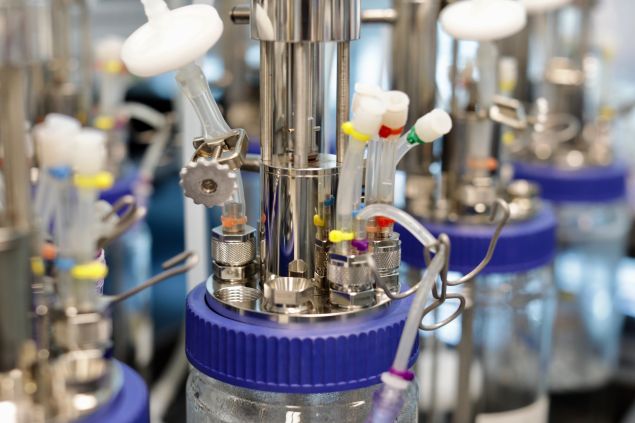 Biomedican has also scaled up their operation this year, says O’Neill. Covid-19 has delayed the arrival of equipment, but he expects to be up and running by the end of the year. “Our plan is to produce here in the US, then set up a facility in Mexico, Europe, and then Asia,” he says.

Still, if all stays on track, he expects to be in large-scale production of rare cannabinoid products – mainly CBG –  by 2023 (they’ve moved into pilot-scale production already). Biomedican already has plans to distribute their products in Mexico.

That could range from cosmetics and lotions to granola bars, chocolates, or pet care products – the same products that became hotbeds for CBD. This also means it’s possible that rare cannabinoids, once they’re as freely available as CBD, may fall into the same traps CBD has.

CBD does have medical benefits. It forms the basis of the FDA-approved epilepsy drug Epidiolex, and has been used to manage pain. But it’s also gained a reputation for treating conditions from anxiety to erectile dysfunction, according to an analysis of posts made on the subreddit r/CBD.

As the arrival of CBD demonstrated, the newness of certain cannabinoid products can create both an exciting and chaotic experience for people watching new products arrive on shelves. CBD products aren’t reviewed by the FDA before they go to market, nor are companies allowed to say CBD products can treat any diagnosable condition. They can, however, make “general wellness” claims.

“There’s so much coming at the individual consumer,” says Paul Seaborne, a professor of Commerce at the University of Virginia. “They don’t necessarily have the same support and guidance from their family physician, or from the normal sources.”

Keasling acknowledges that there’s some element of “snake oil” salesmanship to the CBD industry. The rare cannabinoid industry could very well go this way. Rare cannabinoids have their share of hype, and with beefed-up manufacturing are poised to come at consumers in successive waves with the science of what they actually can accomplish trailing behind.

“I would hope that especially these companies that are working with the engineering microbes, would be a bit better about this,” Keasling says.

The existing research on rare cannabinoids is, for the moment, sparse. That’s largely because it’s been near impossible to isolate these compounds in large quantities, and because marijuana’s status as a Schedule I drug has made it hard to run such studies. Seaborne estimates that the pace of cannabis research has been stalled by 30-50 years, thanks to that scheduling.

So far, research into rare cannabinoids does contain some nuggets of information that allude to specific health effects. So far studies on CBG suggest it may show promise in treating glioblastoma,  psoriasis, or neurodegenerative diseases like ALS (these studies were conducted in mice and cells). There is one ongoing clinical trial on the effects of cannabigerol on disease in humans registered at clinicaltrials.gov, as of writing.

Rodent studies on THCV, another rare cannabinoid, have suggested it may decrease appetite and up-regulate metabolism (again no ongoing clinical trials on that aspect are registered, as of writing). There are three clinical trials on THCV on clinicaltrials.gov – one has published results and suggests it could help Type II diabetes patients control blood glucose levels.

But these rodent studies are enough for O’Neill to predict that THCV will be the next rare cannabinoid to boom.

As for the rest, Demetrix and Biomedican are making the bet that these rare molecules have hitherto undiscovered effects. Even Keasling suspects that we may discover that some rare cannabinoids are “worthless” once research is done, but not much of that research has happened yet.

Both companies also have plans to help shepherd it along by providing rare cannabinoids for clinical trials.

“We’re doing our own very foundational research to understand these cannabinoids, but also looking for others to help us flesh out what each of these can bring in terms of value for consumers,” says Bryant. “This is a class of compounds that has completely skipped modern science evaluation.

“I don’t think there’s a lot of compounds out there that we can say that about.”

Meanwhile, the companies have plans to forge forward into even more obscure realms of cannabinoid manufacturing – those that don’t even exist yet in natural plants.

Keasling’s original paper suggests that his method may be used to cultivate “unnatural cannabinoids.” Biomedican has announced the synthesis of a type of cannabinoid called sesqui-CBG, a chemical variation of regular CBG.

A Biomedican press release suggests that sesqui-cannabinoids will contain attributes of many other cannabinoids combined, but Maxim Mikheev, the CEO of Biomedican cautions that we don’t know much about them.

“Sesqui-cannabinoids are not very well studied yet,” he tells Observer.

Fear of the unknown doesn’t seem to be a problem that affects most cannabis consumers. Despite ongoing research about what cannabinoids can and can’t do, these molecules still have the tantalizing allure of untapped potential. After 50 years of stalled research, no one is exactly sure what we might find.

“Even despite all that confusion, even despite the fast-moving pace of things, consumers are giving [cannabis products] a try,” says Seaborne. “This is a testament to how much desire there is.” 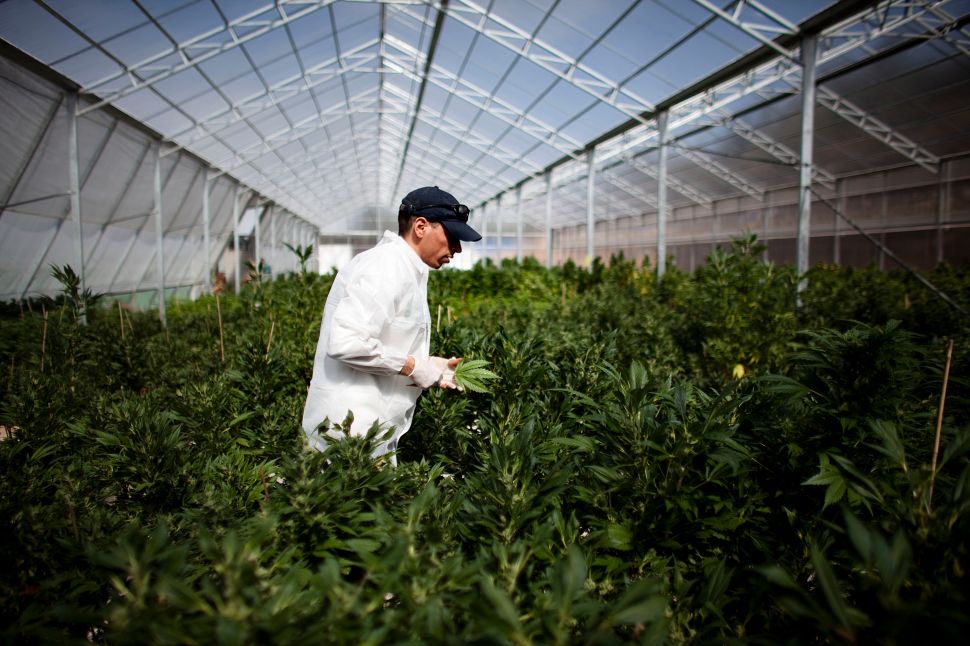 Marijuana is legal in Virginia, but concerns over the open container rule remain