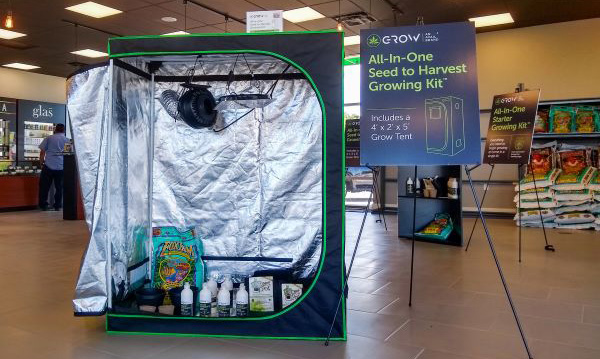 Avail Vapor recently launched Avail Grow in select stores, including two in the Richmond area. Avail Grow is a line of grow kits and products for at-home cultivation of marijuana. (Photos courtesy of Avail Grow)

A Richmond-based e-cigarette retailer is growing to fit the needs of home-based marijuana growers in the runup to legalization in Virginia.

Avail Vapor launched a line of marijuana growing kits under its new Avail Grow brand earlier this month at 18 of its stores in Virginia. The kits feature soil, nutrients, lamps and other equipment needed to grow marijuana.

The starter kit is priced at $130 and is intended to be used from germination through the seedling phase.

Avail Grow’s other two kits, priced at $600 for the basic package and $800 for an “XL” version, take the marijuana plant through the harvest stage. Those kits include a tent and filtration system.

“I think we all anticipate having a great showing,” Avail co-founder Donovan Phillips said. “It’s everything (customers) need if they want to get into the space.”

Everything except the seeds, anyway. Customers will have to figure that out on their own.

The sale of marijuana seeds and plants will remain illegal even after the legalization of marijuana cultivation and possession that takes effect Thursday. Per the law, people who are 21 years old or older will be allowed to have up to four marijuana plants per household.

Avail steers kit-buyers toward a non-Virginia marijuana seed vendor for that all-important piece of the puzzle.

“We have nothing to do with that transaction. But if one of our customers purchased a kit, they can go to our preferred vendor,” company spokeswoman Maggie Gowen said. 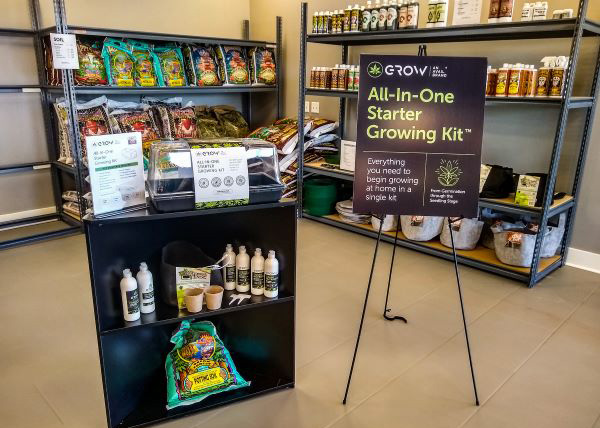 Avail Grow kits come in three varieties and feature soil, grow lights and other items needed to grow marijuana. Seeds are not included.

The marijuana growing supplies will be available only in-store, without an online buying option, for the time being. Avail’s stores in Short Pump and Midlothian are part of the Grow launch. Pre-orders are available at other locations.

Avail declined to share the investment made to get Grow off the ground. At this stage, the exact split between third-party and Grow product origins in the kits is evolving and expected to change as Grow rolls out more products under its banner.

“We can easily turn the lights on to expand as we see categories grow,” Phillips said.

The company has trained store employees on the ins and outs of marijuana cultivation, and wants to position itself as a place to learn about the marijuana growing process — similar to how Avail has tried to make itself an authority on vaping.

“We are taking that same philosophy into the cannabis sector. We have done extra training with our retail staff,” Gowen said.

The Grow concept is a further push by Avail into the cannabis industry. Avail launched its Leafana Wellness line of cannabidiol (CBD) products in 2019.

Avail moved out of its former headquarters at 820 Southlake Blvd. in Chesterfield County last year and relocated to 424 E. Grace St. in Richmond, a former SunTrust location.

Blackbriar manufactures Avail’s e-liquid and CBD products out of the Southlake Boulevard facility, and Blackbriar’s headquarters is also at 424 E. Grace St.

James Xu is chairman of all three companies and CEO of Avail Vapor.