Local cannabis operators are asking San Luis Obispo County supervisors to hit the brakes on a planned cannabis tax increase, which would raise the county’s gross receipt tax from 6 to 8 percent starting July 1. 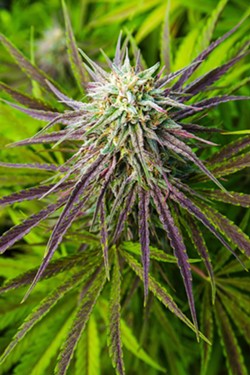 Industry members told the Board of Supervisors during its June 8 meeting that the tax hike would place an undue burden on the small number of licensed cannabis operators that are trying to find their footing in the market.

“The increased tax rate was supposed to grow with the industry, but the fact of the matter is this industry hasn’t been able to grow at all in this county,” said Austen Connella, CEO of Slocal Roots Farms.

SLO County’s cannabis tax automatically increases by 2 percent each year, to up to 10 percent, unless the Board of Supervisors delays it. As a neighboring comparison, Santa Barbara County’s current cannabis tax rates range from 1 to 6 percent on gross receipts, depending on the activity.

According to a SLO County cannabis program update, which is scheduled as an agenda item on the board’s June 22 meeting, there are 20 local cannabis projects permitted and operational in the county, including 10 grows and seven delivery services.

“It is my goal to keep our small family farm operating. It’s been a long and hard road,” he told the board. Δ

Alabama could add over $600,000,000 to its GDP in first three years of medical cannabis retail sales