2 Ways Aurora Cannabis Is Shooting Itself in the Foot


Canada-based Aurora Cannabis (NASDAQ:ACB) has long been a favorite of investors, having made many of them millionaires in the past after it began selling medical cannabis in the first quarter of 2016 (Canada legalized medical cannabis in 2001). In just the two years between 2016 and 2018, Aurora’s share price shot up by 2,400%. However, Aurora didn’t focus on its expenses while ramping up its operations, and this led to great financial distress and took a toll on its stock price. 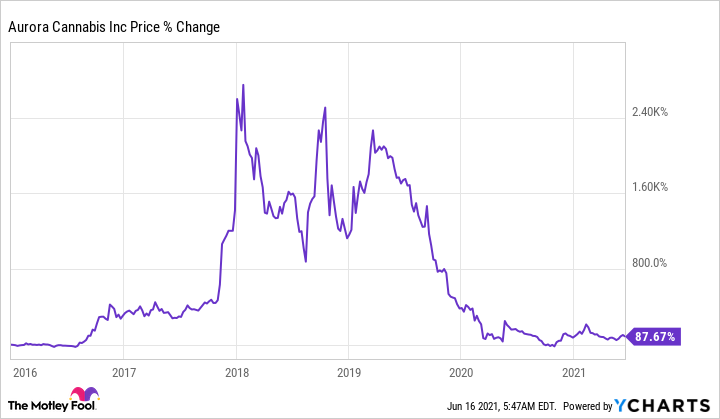 The year 2020 was a dreadful one for the company, which repeatedly failed to live up to its promise of achieving positive earnings before interest, tax, depreciation, and amortization (EBITDA). And results from the third quarter, which ended March 31, show that management still isn’t doing enough to get back to safety. Here are two ways Aurora is still shooting itself in the foot. 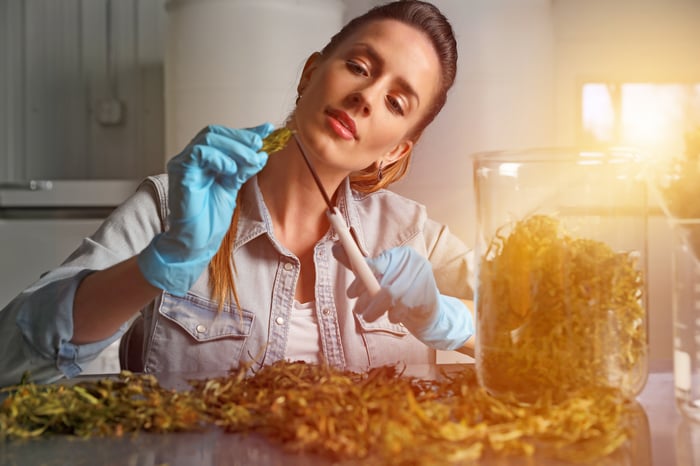 For the same period, peer Canopy Growth (NASDAQ:CGC) recorded a 37% jump in total net revenue to CA$546 million from the year-ago period and saw CA$55 million in revenue just from medical cannabis in Canada. That company also saw a drastic 32% jump year over year to CA$229 million from recreational cannabis, with much of the credit going to its new, innovative high-margin cannabis derivatives products.

Not taking advantage of the new derivatives market

Canada legalized cannabis derivatives, which include vapes, edibles, beverages, concentrates, and more, in October 2019 as part of “cannabis 2.0” legalization.

But Aurora has failed to show much involvement in these products, which are a highlight of the marijuana industry right now. One research report from Deloitte shows that the cannabis derivatives market could be worth CA$2 billion annually. Aurora launched a few of these derivatives — cannabis-infused edibles and some vape products — in December 2019, but since then there has been no development.

It’s not hard to see why. These innovative products are costly to manufacture, and Aurora has been struggling to keep its costs down. It was easier for Canopy Growth, as that company’s U.S. beverage giant partner Constellation Brands (NYSE:STZ) does most of its heavy financial lifting.

This is another mistake Aurora made: not having a deep-pocketed partner like Constellation, one that could have allowed the company to persist through any crisis while focusing on growth. This disadvantage will also make it hard for Aurora to expand into the growing U.S. cannabis market.

High-margin derivatives could help Aurora push its revenue higher, putting it closer to profitability. Aurora managed to reduce its EBITDA losses to CA$24 million from CA$49 million in Q3 2020, which is an improvement, but that is not a strong indication that the company is recovering.

The profitability target seems far-fetched for Aurora anytime over the next two years, but investors hope the company will at least achieve positive EBITDA this year. In the Q3 earnings call, CFO Glen Ibbott claimed that with “the continued business transformation efficiencies,” Aurora would become EBITDA positive in the next 18 months. I find this a reasonable target, provided Aurora manages to get into the derivatives market to grow its revenue while keeping costs lower.

Under the leadership of CEO Miguel Martin, in June, Aurora instituted what it calls “facility rationalizations,” whereby it shut down unproductive facilities in order to focus on the productive ones. The company has already realized cost savings of CA$300 million from this business transformation plan. It expects another CA$60 million to CA$80 million in savings annually over the next 18 months.

Is there any hope for this pot stock?

Through various dilution strategies, Aurora has managed to maintain its cash position for now. It ended the quarter with CA$525 million in cash and CA$90 million of outstanding term debt. Management stated in the earnings call that they intend to clear off this debt over the coming months through cash they plan to obtain from “nondilutive cash inflows from noncore asset sales and grants.”

Looking at the company’s history of failing to deliver on its promises, it is hard to trust any of these projections. With marijuana sales on the rise and prospects of U.S. federal legalization on the horizon, it wouldn’t be entirely impossible for Aurora to recover — but it could take a while. If you have the stomach to bear the risk, a small stake in the company could be worthwhile. But before investing heavily in this marijuana stock and expecting it to make you richer, I advise waiting for the company to show some solid revenue and profit numbers.