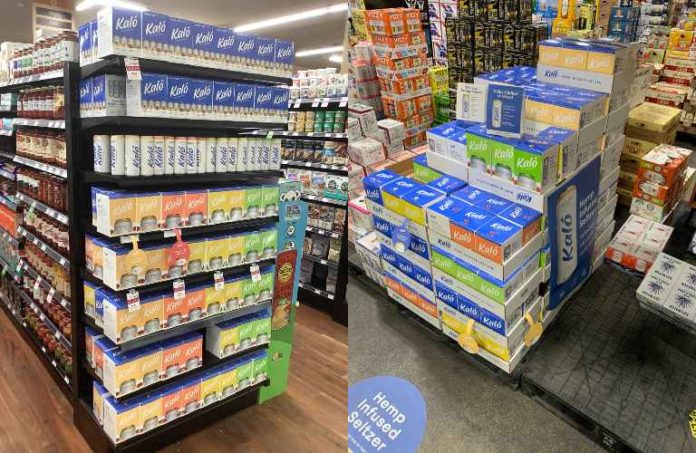 In its passage from forbidden fruit to mainstream market, cannabis is taking on a new look.

As part of the effort to attract what industry commentators sometimes refer to as the “canna-curious” consumer, companies are looking for ways of branding and repackaging cannabis for those too buttoned down for lighting up.

What’s what in cannabis

The big-ticket question: What’s THC (tetrahydrocannabinol) and what’s CBD (cannabidiol)? Simply put, they’re the most prevalent compounds found in the marijuana plant. THC in high levels in cannabis can have strong psychoactive effects. CBD, on the other hand, has very little to no noticeable psychoactive effect.

Supposedly two separate varieties of cannabis — and you’ll find it all over marketing, billboards and everything else related to cannabis products. But an article on Civilized’s website suggested that this is little more than marketing language. Indica is supposed to be more likely to cause a sleepy or relaxed state, and sativa likelier to induce a more mentally engaged state. But the two classifications — dating back to the research of a 1700s French biologist — aren’t based on scientific, lab-verified distinctions.

Cannabis and hemp are similar-looking cousins. But cannabis is grown for its flowering buds that contain THC, according to Civilized. And hemp — which, by United States law, has to contain less than 0.3 percent of THC — is grown for products such as paper, plastic and animal feed.

The future for this consumer — seen as necessary in bridging the divide between behind-doors status of cannabis and the grocery-shelf position of alcohol — might not lie in smoking cannabis at all, according to those eyeing adult-use trends in New Jersey and elsewhere.

Ken VandeVrede, founder and CEO of agriculture and aspiring cannabis company Hillview, says his family business did a lot of research on cannabis and the current slate of products on the market.

“And, if you look at trends in the market across the country, the fastest-growing demographic moving into cannabis products, at least the non-flower products, are women between the ages of 25 to 50 years old,” he said. “And, often, these are consumers who have never smoked cannabis, and never really intend to.”

Hillview, a longtime Morris County commercial agriculture business that’s breaking into the market slowly as one of New Jersey’s first hemp cultivators, found that there was a lack of high-quality beverage products containing cannabinoids.

So, in January, it came out with Kaló, a CBD-infused, low-calorie seltzer drink. It grew a team of three or four people doing research & development for the product into a team of 25. And it’s already rolling out distribution of the product across the country.

The company, which has applied for one of New Jersey’s medical marijuana licenses, believes in the product. And VandeVrede bets you’ll find it on convenience store shelves one day, along with a whole lot of other cannabis products — branded in ways that don’t fit stereotypes.

“Adoption of cannabis is growing by the day,” he said.

Jason Wilson, cannabis and banking expert at ETF Managers Group, which has introduced exchange-traded funds that track the performance of cannabis industry firms, admits the recreational cannabis industry faces some headwinds. But the acceptance and quiet interest among an unsuspecting consumer base is one of the reasons he’s bullish on the industry’s growth.

“What we see a lot of potential growth in is the ‘canna-curious’ consumer, who maybe didn’t want to go out and smoke a joint, but will buy edibles from a legal business,” he said. “When you look at new companies out there, a lot of them are going after that market.”

Converting existing cannabis users over to a legal and taxed marketplace for cannabis sales was expected to be a boon. But the industry would really like to welcome in former, irregular or non-users of cannabis, as well.

They might be in luck. According to an industry research firm CannaCurious Insights, up to 60% of the people it surveyed in states with legal marijuana markets were not regular consumers of cannabis, but were still interested in trying to buy from a legal business.

Shaya Brodchandel, CEO of Harmony Dispensary in Secaucus, one of New Jersey’s roster of medical marijuana businesses, is interested in what new demographics the recreational market might bring. Harmony is in the process of opening two additional retail locations in Hudson County, and is ready to transition to serving adults for recreational use once it’s allowed.

“I do think there will be a market new to cannabis as adult-use takes its course in the state,” he said. “That trend will lead to even more and more ways of administering cannabis, such as different drinks and edible products. And, as that grows, it’s going to pique even more curiosity in the products from individuals.”

There’s already a whole lot more being sold than the pot brownies of years past, said Terri MacDonald Riedle, head of a company that highlights the latest goings-on in cannabis culture.

“There’s full suites of beautiful products,” she said. “And there’s certainly going to be more of them over time.”

Riedle is co-founder and CEO of the Canadian cannabis lifestyle brand Civilized Worldwide Inc., which targets an audience of “adults who choose to enjoy cannabis as part of a healthy, balanced lifestyle.”

She said some of those adults are just reengaging with cannabis now, and might face something of a hurdle in navigating all the market’s current lingo.

“So many of us did our field trials, as they like to say, in university and college,” she said. “Although people might have dabbled in their teens or as a young adult, they might be hearing about these products now and not understand them. There’s so many options.”

Tricia Vanderslice was named president and chief operating officer of Civilized right as it was relaunching with Riedle at the helm. The cannabis lifestyle brand started about five years ago, but failed as a niche cannabis media entity during a period of more widespread prohibition.

The company’s focus is to create content for that burgeoning cannabis connoisseur, which may not at all identify with the High Times stoner culture despite consuming the same product.

“So, breaking down the education barrier for that group, that’s our focus,” she said, adding that its readership consisted of “more than 75% of people over the age of 35, and you can’t talk to a 25-year-old the same way you can a 50-year-old.”

But, at the same time, she added, it’s not trying to be high brow (no pun intended).

It’s just that, if the “canna-curious” phenomenon turns out to be more than a passing trend, there’s going to be a long-running need for not only different cannabis products, but information for a broader market, too.

“Because, when they walk into a dispensary — it’s going to be overwhelming for a lot of them,” Vanderslice said. “There’s a learning curve that this new consumer will have to overcome.”