This Cannabis Company Is Guiding for Huge Growth. Is Now the Right Time to Buy?


If you’re looking for a cannabis company at a good price with plenty of upside potential, Ayr Wellness (OTC:AYRW.F) may be the one for you. Founded in 2017, Ayr has only operated as a public company for just shy of two years, and it’s starting to gain a bit of traction as a vertically integrated multi-state operator (MSO) in the U.S.

While 2020 was a tough year across the board for many businesses, 2021 seems to be showing signs of improvement in the United States. In Ayr’s case, it’s experiencing growth through sales and merger-and-acquisition action. There is a lot to be excited about for the company and its investors. 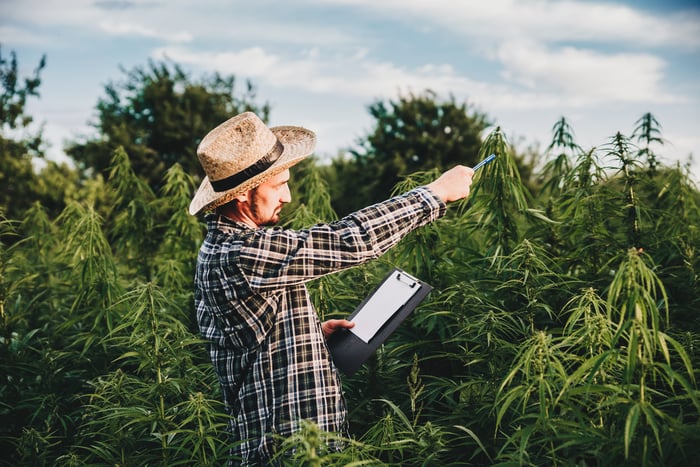 2021 is shaping up to be an excellent year for Ayr. During the first quarter it went on an acquisition spree. First, it bought Arizona operator Blue Camo, giving the company three new dispensary and cultivation facilities in that state, which is No. 3 in the country in terms of patient penetration for the medical cannabis market at 3.8%.

The company followed that up with an acquisition of Florida’s Liberty Health, setting it up with two more stores recently opened in that state and a plan to open 42 more by the end of the year. This gives the company additional access to the 522,000 registered medical marijuana patients across Florida, a number that has increased by 57% in just one year.

By the time first-quarter results were reported at the end of May, Ayr was celebrating a milestone 50th dispensary opening, record sales of over $1 million on the 420 holiday, and new dispensaries across New Jersey, Pennsylvania, and Nevada — the sixth for Ayr in that state, and the third in Las Vegas. The importance of the newest dispensary in Nevada is that Las Vegas houses retail competitor Planet 13 Holdings, which is experiencing growth through its superstore on the Vegas Strip. Ayr’s approach with the new dispensary is quite the opposite of the Planet 13 superstore — rather than a huge, immersive experience, it’s targeting a fast and efficient process which will provide customers with the right product at the right price within 10 minutes of order placement.

Ayr currently has dispensary locations across six states, with a seventh — New Jersey — expected by this summer upon close of the Garden State Dispensary acquisition. Although these are good moves in the right direction, Ayr still has a bit of a hill to climb to match up to the top tier of MSOs such as Curaleaf Holdings (OTC:CURLF) and Green Thumb Industries (OTC:GTBIF). Green Thumb operates stores in 11 states, while Curaleaf has cultivation sites across 23 states and operating dispensaries in 15. Its dispensary presence is heaviest in Arizona and Florida, though it has stores in New Jersey and Nevada as well — all of which, as previously mentioned, are places in which Ayr has been making moves.

So far it appears that management’s choices are paying off, though time will tell about the newest acquisitions and expansion. In first-quarter results released May 26, it reported revenue of $58 million, up 74% for the quarter on a year-over-year basis. Gross profit was also up by 88% for the quarter compared with last year, and adjusted EBITDA margin followed suit, improving 31.5% over the same quarter last year.

The company has its work cut out for it, but based on first-quarter results and a projected U.S. cannabis market value of $41.5 billion by 2025 — a compound annual growth rate of 19% — there may just be enough to go around for all of the top players. The key will be to hold ground in that top-tier status before any form of legalization at the federal level kicks in and regulations become more defined.

Ayr’s last round of financing, in January, was for 4.6 million shares at a price of $28.32 per share. The share price has been hovering at about $29 since April with hints of an upward trend over the past three weeks, which means it really hasn’t taken off yet but engines are firing up. Analysts covering the stock have an average 12-month price target of $50 with a low of $33. That low represents a 12% premium on the current share price of $29 and a $50 price would fetch investors a nice gain of 72%.

But as noted, competition is heavy, and consecutive solid quarterly numbers might be what investors need to see this summer before making a move. Ayr is currently projecting $90 million in revenue in the second quarter, which would represent a 54% jump over the first quarter and a 218% leap on a year-over-year basis for Q2. If projections pan out as the company expects and it can continue to grow revenue toward the levels of its competitors ($300 million per quarter), then it might be wise to keep Ayr on the radar. For those who like what they see, there is no sense in waiting. If you’re still on the fence, keep a close eye on the second-quarter results expected Aug. 17.