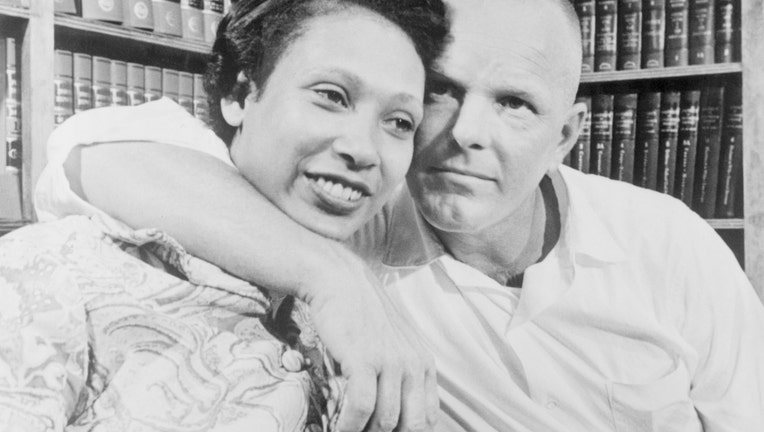 The Supreme Court ruled unanimously that a Virginia law banning marriage between African Americans and Caucasians was unconstitutional, thus nullifying similar statues in 15 other states. The decision came in a case involving Richard Perry Loving, a

Many U.S. couples are celebrating what has unofficially become “Loving Day,” to mark the anniversary of the country legalizing interracial marriages.

On June 12, 1967, the U.S. Supreme Court unanimously struck down, as unconstitutional, 17 state bans on interracial marriage. The ruling came in a lawsuit brought by Richard and Mildred Loving, a White man and Black woman who had been convicted for illegally being married to each other.

Their home state of Virginia didn’t recognize the marriage. The couple had avoided a year in jail by agreeing to a sentencing mandating, “both accused leave Caroline County and the state of Virginia at once, and do not return together or at the same time to said county and state for a period of 25 years.”

The couple then lived in exile in Washington, D.C.

Love is in the air at the Tidal Basin! FOX 5 DC photographer Senon Davis spotted these two getting engaged! The happy couple, Evan and Michelle, said it’s been a tough year for everyone but they couldn’t ask for a better setting among the cherry blossoms for their memorable morning.

The frustrated young wife had written to then-Attorney General Robert Kennedy, who referred her to the ACLU for help returning to their Virginia home permanently. The ACLU stepped in and represented the couple in the landmark Supreme Court case, “Loving v. Virginia.” The court then ruled that state bans on interracial marriage were unconstitutional, according to the non-profit organization.

“It wasn’t my doing,” Loving told The Associated Press, in a rare interview. “It was God’s work.”

According to NPR, Chief Justice Earl Warren wrote that marriage is a basic civil right and to deny this right because of race is “directly subversive of the principle of equality at the heart of the Fourteenth Amendment” and seizes all citizens “liberty without due process of law.”

After the court’s decision, the Lovings lived quietly in their native Virginia with their three children until Richard’s death in a 1975 car crash. Mildred, critically injured in that same crash, never remarried and largely shunned publicity. Mildred died in 2008 from pneumonia, according to the New York Times.

Since then, their legacy continues to live on as the number of interracial marriages has greatly increased in the country.

According to the U.S. Census Bureau, the percentage of married-couple households that are interracial or interethnic grew across the United States from 7.4 to 10.2 % from 2000 to 2016. The largest group of interracial marriages consists of non-Hispanic Whites marrying Hispanics.

According to a 2017 Pew Research Center study, 39% of American adults said the growing number of people marrying someone of a different race is good for society, up from 24% in 2010.

The Associated Press contributed to this report. This story was reported from Los Angeles.

Marijuana Etiquette: It's A Real Thing And A New Book Breaks It Down

Do you use drugs? If you own a gun, the feds could put you in prison, which worries cannabis advocates