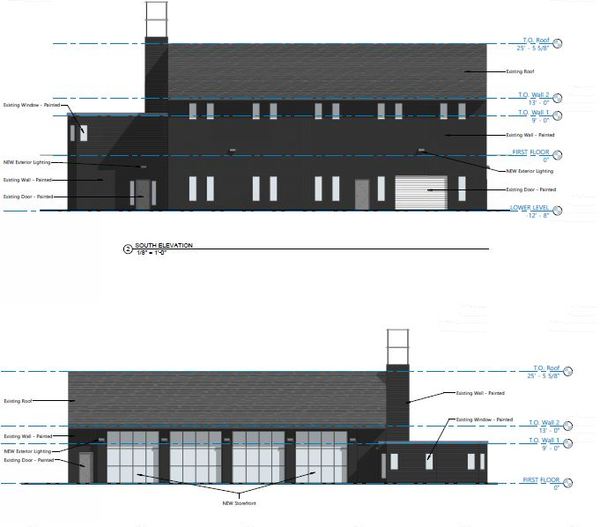 Two marijuana establishments proposed in the Village of Pinckney were up for review Monday night.

The Planning Commission held public hearings and voted to recommend approval of both special land use requests to the Village Council, which will have the final say in granting licenses. The first presentation was from architect Christopher Enright on behalf of Lume Cannabis Company at 1201 East Main Street, which is proposing a combination of retail use and commercial service on approximately .65-acres. The company grows, manufactures and processes its own products in Evart, Michigan so nothing would be grown on-site. Security guards would be stationed inside and outside during all operating hours.

It’s the current location of ATI Physical Therapy and it was noted the rear portion of the existing building would be removed that houses an HVAC business and warehouse. The front would be completely renovated to accommodate the dual use of Lume and then put ATI back in. Traffic was said to be the main concern and the safety of cars entering and exiting and pedestrians. Enright told the Commission that they have since secured a contract with the adjacent car wash to purchase property to supplement parking.

Village Planner Lucie Fortin said she thought the increased parking was justified by the use. She said there were many improvements and amenities and pedestrian connections but there could be more sidewalk connections around the property and others in the area. Fortin noted the property is within the DDA, the proposal was in accordance with the master plan and the shared driveway would be an asset for that area of the Village.

The other special use request was from Ann Arbor-based QPS Michigan Holdings for C3 Provisioning to renovate the old fire hall at 1066 East M-36, which has been vacant for a number of years. Nothing would be grown on-site as the company operates a large production facility in Webberville. The lean-to carport would be removed and the upper level, first floor rehabilitated for the marijuana retail establishment. The lower level would be reserved for a future undefined use.

Applicant Ankur Rungta told the Commission he thinks the property has a ton of potential and character and is well suited for the use and the project is designed in a way to meet the needs of the community and not infringe on any neighboring sites.

Fortin commented that there could be more landscaping improvements, noting there’s a residential use next door and the buffering is not quite up to par so that would need to be looked at in greater detail. She stated having a green infrastructure feature or innovative storm water component would be an important item and further raised some issues with traffic and parking. Fortin felt it wasn’t a safe parking situation with no circulation coming in and out so modifications would be needed to have parking in the back only. The applicants were open to that but expressed a desire to keep some accessible spaces in front to accommodate those with certain needs. It was stated that MDOT approval would also be needed in order to make any improvements to the approach and parking area.

Public hearings were held for the two proposals and no one spoke. Both were recommended for approval by the Commission with various conditions.

The application period is open through the end of the month and recommendations made by the Commission will be considered by Council at the June 28th meeting. If there are more applications than licenses available, a scoring rubric would then be used for finalists.

More information on the process is available through the provided web link.