Learn how to get your business funded in the Cannabis economy!


This story originally appeared on MarijuanaStocks

2 Top Marijuana Stocks To Watch Before Next Month

As investors get ready for a brand new month marijuana stocks have continued to push up in the market. So far in the last week of May, many cannabis stocks are starting to show better upward momentum. Over the last 3 months, the cannabis sector has been impacted by a major drop in trading. Now as we head into June shareholders and investors will be watching to see if this current increase in momentum will continue. The concern surrounding marijuana stocks is that much of the rise in trading has been short-lived.

Because of this type of market performance, there’s a bit of uncertainty about the future of cannabis stocks. As soon as cannabis stocks rise and show signs of better trading most times the company can not sustain its climb. Especially over the last 3 months where the pique of this recent downtrend occurred. For those who follow the cannabis sector, you know that a big focus is on the U.S. cannabis industry. This is due to how much progress is currently taking place.

Many U.S.-based cannabis companies have been pushing the limit and expanding through mergers and acquisitions. As well as operational growth through the sale of legal cannabis and marijuana-related services and products. The overall growth of the cannabis industry is moving at a pace that is matched by very few industries. Currently, the goal in the U.S. is to expand on cannabis legislation.

With better cannabis laws in place, the industry will be able to conduct business and reach levels that were once against the law. Mainly ending cannabis prohibition and rescheduling marijuana in the eyes of the federal government. More progress in the cannabis sector can have a positive effect on how marijuana stocks trade which is a good thing for shareholders.

TerrAscend Corp. is a cannabis company that cultivates, processes, and sells medical and adult-use cannabis in Canada and the United States. It produces and distributes hemp-derived wellness products to retail locations. As well as manufactures cannabis-infused artisan edibles. In the company’s most recent news TerrAscend has released its Q1 2021 earnings.

During this time the company achieved an Adjusted EBITDA. Which went up more than five-fold to $22.6 million compared to $3.7 million in Q1 2020. Some more highlights to mention is the company’s net sales increased 106% to $53.4 million. This is in comparison to $25.9 million in Q1 2020. Next TerrAscend also has a cash balance of $234 million at quarter-end to support future growth initiatives.

Words From The Company’s Management

Mr. Wild added, “Looking ahead to the rest of the year, there are strong operational tailwinds helping our business as we continue to see the benefits from recently completed cultivation expansions, and the addition of retail locations in New Jersey, Pennsylvania and Maryland.”

Within the last 2 weeks of May trading has slowly started to look better for the company. From the end of March TRSSF stock has been a bit more volatile as its been rising in the market. For trading in April, TRSSF stock hit a total gain of 12 percent. This was a solid push considering the fact that other cannabis stocks were dropping at the time. Currently TRSSF stock is up and still working to reach better trading levels. 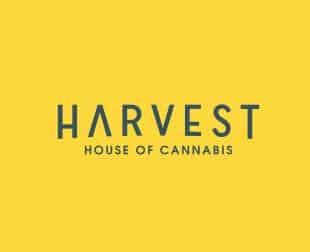 This is a huge development many more cannabis companies are showing growth through mergers and acquisitions. On May 10th the company released its Q1 earnings report. Some things to mention from the company’s report are an Adjusted EBITDA in the first quarter. Which was $26.9 million, compared to $9.1 million in the fourth quarter of 2020.

Words From The Company

“Our first quarter results show the benefits of reaching impactful milestones such as the launch of recreational sales in Arizona” said Chief Executive Officer Steve White. “We are focused on our key operational and financial priorities in 2021 as we continue to build on this positive momentum.”