The Hemp Market Continues To Grow With More Uses From CBD

New Senate Bill Pushes For More Ways To Use  CBD

Back in 2018 Hemp became legal with the passing of the Farm Bill. However, the FDA has yet to establish a concrete system that would allow derivatives like CBD to be used in edible products. For instance products like foods, drinks, and dietary supplements. Recently a new Senate bill was presented in an attempt to change that.

Sens. Ron Wyden along with Rand Paul and Jeff Merkley all filed the Hemp Access and Consumer Safety Act. This new bill would exempt “hemp, hemp-derived cannabidiol, or a substance containing any other ingredient derived from hemp” from certain restrictions. Which in the past has prevented the advancement of legal consumable hemp products. Not to mention all while the FDA has been slow to enact better regulations.

“CBD products are legally being used and produced across the nation. Yet because the FDA has failed to update its regulations, consumers and producers remain in a regulatory gray zone,” Wyden said in a press release. “It’s been more than two years since I worked with colleagues to have Congress legalize hemp and hemp-derived products. It’s long past time for the FDA to get with the program, for the sake of American consumers and farmers.”

Paul said that “hemp-derived CBD products and businesses have earned their recognition in the marketplace, but the FDA, unfortunately, hasn’t treated them like any other food additive or dietary supplement,” adding that the new bill “provides a huge relief to hemp farmers, processors, and merchants.”

The Next Step For CBD Products

Merkley made clear to point out, that “every day that the FDA drags its feet to update its CBD regulations, hemp farmers are left guessing about how their products will be regulated, and real economic gains for workers and business owners in Oregon and across the country are left on the table.”

“Hemp-derived CBD products are already widely available, and we all need FDA to issue clear regulations for them just like they do for other foods, drinks, and dietary supplements,” he said. 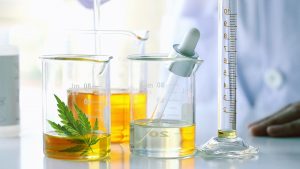 A bipartisan collection of House members proposed a similar bill earlier in 2021. This particular bill would allow CBD to be marketed as a health and wellness product.

[Read More] Which Is The Better Marijuana Stock To Buy? American Vs Canadian

What Will Come Of The Hemp Industry

At the beginning of the new year, FDA withdrew draft guidance on CBD enforcement that it had submitted for review to the White House. This guidance was sent off while the White House was under the Trump administration. There is little information about what the bill entailed.

Yet it was anticipated to give the industry a better perception of the federal viewpoint when it comes to marketing cannabis products. The choice to withdraw it came right after President Joe Biden was inaugurated. Which later on his chief of staff sent out a government-wide memorandum asking federal agencies to remove pending rules.

The agency was mandated under appropriations legislation enacted in 2019. From this, they were asked to present all current info on its regulatory approach to CBD. Wich, they did back in March of 2020. The update stated that “FDA is currently evaluating issuance of a risk-based enforcement policy that would provide greater transparency and clarity regarding factors FDA intends to take into account in prioritizing enforcement decisions.”

Final Thoughts In CBD Regulations In The Cannabis Industry

As well back in 2020, the FDA released separate draft regulations. This was designed to streamline approvals for generic oral CBD remedies. Meanwhile, the U.S. Department of Agriculture’s final rule for the nation’s industrial hemp program took effect in March. With the current growth of the Hemp and CBD market, a bill like this can help further the progress of the industry. For some CBD and Hemp was the first introduction to getting involved in the cannabis industry. 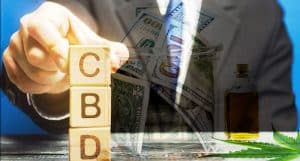 Ever since 2018, the industry has been on the move. CBD products have shown great promise in the health and wellness niche. Many pro athletes have started to use CBD to help with their recovery and performance. By allowing for more products to use CBD the sector will grow that much quicker. Beyond just CBD the Hemp industry is one that is on the rise as well.

There are many uses for Hemp from paper to hempcrete bricks to name a few. There’s even a culinary side to using hemp. As the industry continues to advance better legislation overall will be the key. With better cannabis laws in place, the more efficient business can run. Especially without fear of the law getting in the way. Hopefully, this new bill will pass and become law which would be a big win for the Hemp and CBD market.