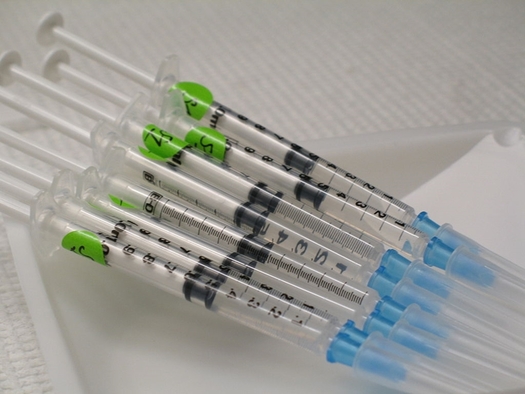 Studies show that needle exchanges save the lives of thousands of drug users each year, and slows the spread of HIV, hepatitis and other infectious diseases. (Wikimedia Commons)

PHOENIX — Health-care advocates say Arizona’s new needle exchange law could not only save millions of dollars in health care but also slow the spread of HIV and opioid overdoses.

The measure was passed by the Arizona Legislature and sent to Gov. Doug Ducey’s desk this week. He is expected to sign the bill, which will for the first time in Arizona allow the exchange of used syringes for clean ones.

Haley Coles, executive director of Sonoran Prevention Works, said once you get an addict to come in for new needles, it opens the door for other ways to help them.

“That’s where we can give our tools like Naloxone, the overdose-reversal medication, fentanyl test strips,” Coles explained. “We can make referrals to treatment. This is a major way to intervene in the overdose crisis, the HIV crisis and the hepatitis B crisis.”

Coles noted her group worked both sides of the aisle to convince opponents that previous anti-drug programs have failed to stem the rising tide of addiction among Arizonans. A companion bill allows distribution of kits to test street drugs for potentially deadly doses of fentanyl.

She pointed out the bill avoids spelling out any specific way to operate a needle exchange program.

Coles added despite evidence that needle-exchange programs have a positive impact on the lives of addicts, the main concern expressed by lawmakers was, “Won’t it just encourage more drug use?”

“This is an argument that we’ve heard over and over, and all of the evidence, all of the research that’s been done on these programs has never shown an increase in drug use,” Coles reported. “In fact, it has shown decreases in drug use and decreases in injection drug use.”

An Arizona Public Health Association study showed overdose deaths in Arizona have increased steadily over the past two decades across all categories of race, ethnicity and gender. It also found numerous anti-drug policies have failed to slow the rate of drug-related deaths.