The company that received the green light to establish the new marijuana dispensary in Buena Vista has a seven-year history in the business of legal cannabis.

The Town’s trustees held a drawing at their regular meeting on May 10, in which Mayor Duff Lacy pulled one name from 20 qualified applicants. PCG One LLC, run by Sean Davis, emerged the winner. Should he continue to navigate the process of opening the store, the company will join Ascend Cannabis as the second recreational outlet allowed in town limits.

Voters approved a measure Nov. 3 to allow retail cannabis in town, as well as a five percent tax on it. Ascend currently operates the sole medical marijuana dispensary in Buena Vista. 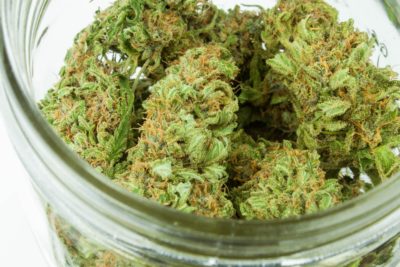 Like Ascend, PCG One plans to offer both recreational and medical cannabis products. It has 180 days to open the facility, with a one-time time extension.

PCG One is a family-owned and operated business headquartered in Colorado Springs. Davis, a Colorado native, opened one of the country’s first recreational marijuana dispensaries in Telluride in 2014. Since then, he has opened eight stores, four cultivation facilities, three distribution facilities, and three manufacturing facilities in Colorado, California, Oklahoma and Oregon. PCG One hails brands such as Telluride Bud Company, Oregon Bud Company, Orchid, and Stash.

In 2015, Davis started a greenhouse in Park County near Como, which will be supplying the recreational flower for the new dispensary in Buena Vista.

In addition, PCG One recently acquired an operation in Denver, with the ability to grow recreational and medicinal cannabis as well as create edibles and concentrates.

“For us at PCG One LLC, there’s nothing better than the opportunity to join the Buena Vista community,” Davis said. “We’re excited for the town; we’re excited we can be a part of it. PCG One believes it all starts and ends with the community. . . Our mission is to serve through wellness, providing the best quality recreational and medical cannabis in a welcoming, educated environment.”