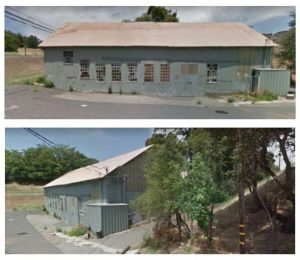 Sonora, CA – Two Tuolumne County Supervisors went head-to-head at Tuesday’s board meeting regarding the City of Sonora’s intent to approve an amendment to the Bract House Development agreement to allow it to sell recreational cannabis.

At issue was whether the board would send a letter to the City prior to their next council meeting (May 17th) advising them to deny that agreement based on the city’s “Business and Professions Code” which restricts the location of a cannabis retailer within a 600-foot radius of a school, daycare center, or youth center.

The Bract House is located at 10 Calaveras Street next door to the county’s Behavioral Health Services Department and Family Visitation Center. However, it is unclear as to whether that law includes visitation centers. A distinction that District 3 Supervisor Anaiah Kirk, who requested the letter opposing the dispensary, and District 5 Supervisor Jaron Brandon got into a heated debate over. Kirk called it irresponsible, while Brandon argued it is up to the city and the board already has a damaged relationship with the council. Kirk countered, “My argument is that we are splitting hairs on the definition of a daycare when the spirit of the law is very clear, we don’t want kids near substance sale centers. If your intent is to just keep a relationship [with the council] and not have hard conversations that go one way or the other based on relationships, good luck.”

Brandon countered that the relationship between the board and the city is already strained, especially since “you [Kirk] went to the city council and told them they were ‘bought and paid for.’” Kirk chastised Brandon for not understanding the code and having a speech prepared, to which Brandon snapped back, “I’m not even going to dignify the ‘it’s going over my head’ comment.” He added, “I see a business and an issue of freedom and an issue that has already been voted on by the people of this county and the state. and a very backward policy.”

Board Chair Ryan Campbell acknowledged that he also welcomed a “more positive relationship” with the city and noted that there is the “Grocery Outlet” supermarket that sells alcohol nearby as well.

In the end, the board voted 3 to 2 not to send the letter with Kirk and District 4 Supervisors Kathleen Haff in favor, and Brandon, Campbell and District 1 Supervisor David Goldemberg against.

You can view live video of the Tuolumne County Board of Supervisors meeting by clicking here. Meetings are typically scheduled the first and third Tuesday of each month beginning at 9 a.m.

The live streaming video is provided courtesy of Tuolumne County.

Letter to the Editor: Weed through the inconsistencies of medical marijuana