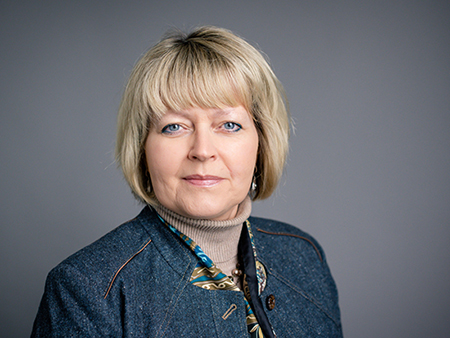 Magdalena Szaflarski, Ph.D.,The Alabama legislature is expected to vote on a medical cannabis bill titled the Compassion Act (SB 165), and researchers from the University of Alabama at Birmingham have published a survey gauging support among Alabama physicians if the bill passes.

If passed, the law would allow patients with qualifying conditions such as autism, cancer and epilepsy, as certified by a physician, to legally access and use medical cannabis through a state-run program. To be able to certify patients, physicians must be authorized to do so by the State Board of Medical Examiners and complete a medical cannabis continuing medical education course and an exam.

“Thousands of studies have shown the value of cannabinoid-based treatments in cancer, epilepsy, pain and other conditions,” Magdalena Szaflarski, Ph.D., associate professor in the Department of Sociology in the College of Arts and Sciences at UAB.

However, she added that health providers’ attitudes and knowledge about cannabis and cannabis-based treatments have been mixed, and it is unclear how Alabama physicians feel about the legalization of medical cannabis in their state.

“In collaboration with the Medical Association of the State of Alabama and other community stakeholders, we conducted a survey of MASA members to understand the levels of support for legalization of medical cannabis among physicians in Alabama,” she said.

The survey used a structured online questionnaire that was fielded from February through April and took about 10 minutes to complete. The main question asked respondents how they feel about legalization of provider-recommended use of medical cannabis in Alabama.

To contrast with levels of support for medical cannabis, the research team also asked how they feel, in general, about legalization of recreational cannabis for adult use. Medical specialty information was also collected.

The survey was funded by the UAB Lister Hill Center for Health Policy.

To date, a total of 450 physicians of diverse medical specialties have taken part in the study. Preliminary results demonstrate strong support among Alabama physicians for medical cannabis legalization.

“There has been some expectation — and anecdotal evidence — that Alabama pediatricians’ support for medical cannabis legislation would be lower than among all physicians because of concerns about undesirable effects of broadened cannabis access on children and youth,” she said.

The full publication is available online.

Capitol Fax.com - Your Illinois News Radar » Major cannabis CEO pulls out of state business association over its resistance to diversity